Explosion on the USS Iowa 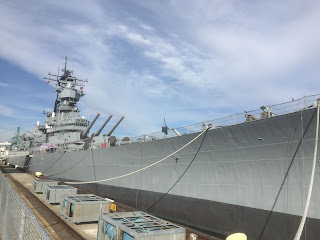 At the crucial stages of the Second World War the United States Navy was relying more and more on heavy artillery warships like the battleship as beach landings in the Pacific and aerial bombardment became vital to retaking the islands from the Japanese. The class battleship was some of the largest warships in the navy and consisted of the , , and . The building of two more were cancelled.

After serving in both the Atlantic and Pacific fleets, the was in for the official Japanese surrender on 2nd September 1945. She was decommissioned in 1949 but brought back into service to serve in the Korean War just two years later. Serving for another 7 years she was once again decommissioned and entered the reserve fleet in where she would be left alone. 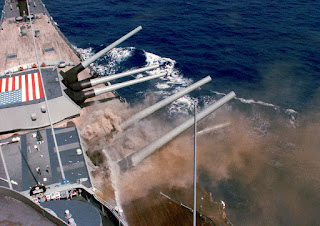 In 1984 it was decided to once again place her into active service and despite being mothballed for 26 years she was upgraded and brought into the modern day combat initiative.

On 19th April 1989 she was in the Caribbean sea off the and, after training with the drill rounds had taken place, it was scheduled in for the ship to conduct a live firing of her main turrets.

At 0953 that morning turret number two suffered a massive explosion. At first they were unsure of how bad the damage was, until they managed to enter the area and found that a fireball had ripped through several decks and set off further explosions several minutes later. 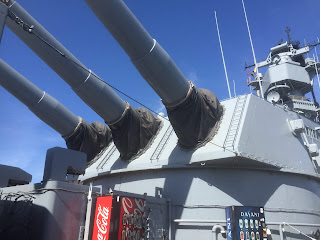 All 47 members of the gun crew of Turret Two were dead. Fire teams entered the damaged area cooling the turret and extinguished the fire inside.

In what became a scandalous investigation, the US Navy lay the blame on a suicidal crew member deliberately sabotaging the exercise using a chemical or electronic detonator on the explosives and killing his shipmates. The first reports suggested it was because he was in a homosexual relationship with another crew member that had gone sour, although they could find no evidence of any of this. 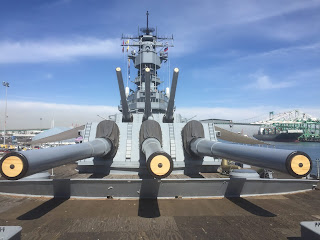 The relatives of the deceased piled pressure on the government to reopen the investigation and after further inquiries it was finally agreed that it was NOT the result of a suicidal killer but in fact accidental detonation caused by an over ram of the powder bags in the gun. The US Navy disagreed with the findings and stated that the cause was in fact a mystery. They have never apologised to the relatives of the men blamed.

The USS Iowa was finally decommissioned for the final time in 1990 and struck off the navy register in 2006. So began a campaign to have her preserved as a museum by enthusiasts and ship lovers. After several years of legal wrangling she was towed to San Pedro in to be opened as a museum ship in 2011 where she is berthed to this day. She is a work in progress and continues to gather funding, maintenance, volunteers and work to keep her looking pristine. Together they make sure that this fine battleship is preserved for everybody to see and enjoy. 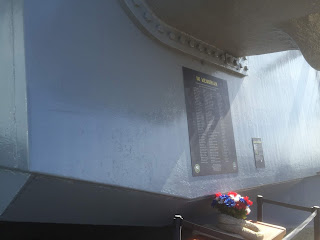 I came to visit the in February 2016 with my wife and found the ship spellbinding. She has a fascinating history which is told by the veterans and volunteers that are still on board to tell the visitors of her glory days gone by. Shiny new paintwork and the original equipment makes this ship a marvel for anybody who takes the time to look around her decks and imagine what life was like when she was brand new over 75 years ago. 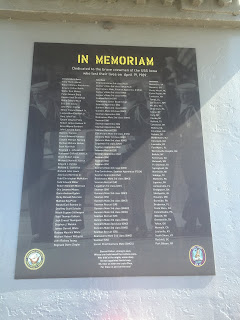 Walking over to Turret Two there was a memorial plaque to the 47 crew who died in the explosion and wreaths to remember them most likely laid by the families of the victims. This ensures that this disaster is also part of her history and that despite the tragedy of it, nobody can turn a blind eye to what happened here.

It is a testament to the hard work and dedication of those passionate about the that make sure this ship is around for a long time to come.

Sinking of the USS Maine 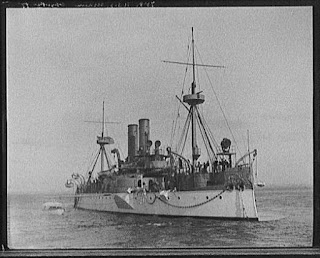 The United States Navy has always maintained a presence around the world and the  islands are in particular of interest for both law enforcement reasons and for keeping the peace.  was always one of the islands that came with issues and the modern day shows that this has never abated.

But in 1898 the battleship  found itself here during the Cuban War of Independence, a fight against the Spanish to take the island for the Cuban people once and for all. The  was deployed on the side of  to render whatever assistance was deemed necessary following accusations of brutality against the civilians.

The capital city, , was home to a large harbour and it was here that the  was at anchor on the night of 15th February 1898 with her crew sleeping soundly. Suddenly a massive explosion ripped into the night air and caused the forward end of the ship to tear apart. The aft section sank slowly into the harbour and rested on the bed of the harbour. 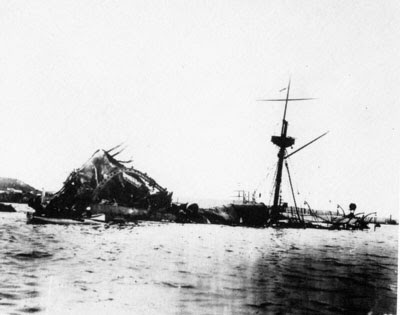 266 people died that night with only 89 survivors. The fallout from this disaster resulted in all suspicion falling on the Spanish. Investigations concluded that it was a magazine explosion caused by a torpedo or a mine and heated tensions between  and the  led to the Spanish-America War just two months after the sinking with the cry Remember the Maine! 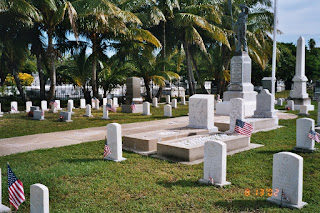 Although the war was over by August the  was still wrapped in controversy as nobody could decide the cause of the sinking. Whether it was accidental detonation of her own explosives or an act of aggression by a foreign power, the mystery cause of the sinking of the  has never truly been solved. 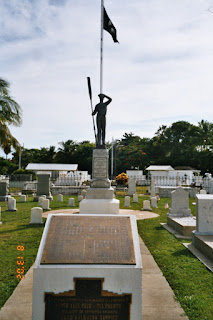 The wreck of the  was eventually raised from  harbour in 1912 and following the removal of bodies she was towed out to sea and scuttled. Her wreck was rediscovered in 2000 further away than where it was said to have gone down and explored by ROV.

Today the bodies of 229 of the ’s crew are at rest in    in , the mast of the ship, recovered from the wreck, towering above them (below). Another 19 are buried at  under a statue of a sailor holding an oar (above and left). 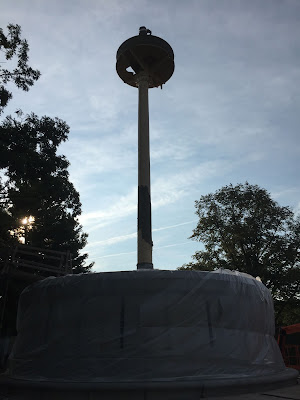 Posted by Disasters and Shipwrecks at 7:29 PM No comments: