The Whitechapel Murders of 1888 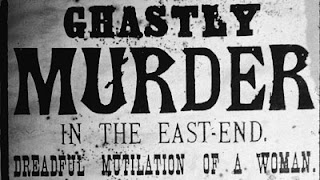 The person who murdered at least five women in the Whitechapel area of in late 1888 is without doubt the most famous serial killer in the world. This is probably because he was the first one that had such a memorable modus operandi that also came with a catchy nickname that the press loved – Jack the Ripper.

Now officially the killer has never been caught, charged or identified, but as the last 133 years have shown, there have been no shortage of suspects and evidence. 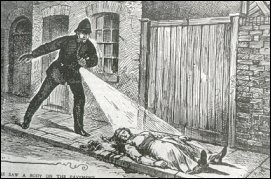 It was 31st August 1888 that the body of Polly Nichols was found murdered in Bucks Row, a gruesome sight but one that was never seen before to this extent. She had been mutilated and stabbed numerous times, yet nobody came forward to say that they had seen a thing.

On 8th September a second victim, Annie Chapman, was found outside the back doorway of , she too had been savagely attacked in the same way. It didn’t take a genius to link the two murders but worse was to come. 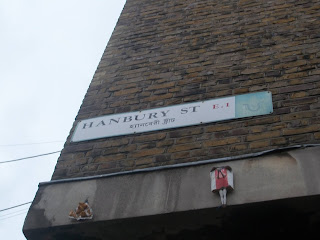 30th September 1888 went down in history as the “double event” when two bodies were found at different locations. The first one was Elizabeth Stride, but her corpse had not been as butchered as the others, within less than an hour it was found out why – the killer most likely had been disturbed and run off. The body of Catherine Eddowes was laid in and ripped open like the others.

By now the police were worried that there was a maniac out stalking the streets that had murdered four women in just a month. It wasn’t that there was not enough information – there was too much! A lot of it was hoax letters, even a piece of kidney sent to the police saying that it had come from one of the victims. 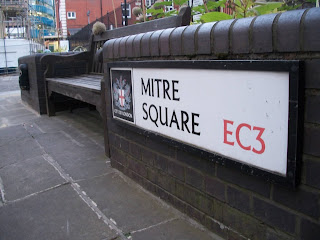 In the morning of 9th November 1888 a visitor to found the final victim of Jack the Ripper’s murderous rampage. This one was inside a small room, a bedsit that Mary Kelly had rented, giving the killer as much time as he needed to carry out his deed. Because of this her body was unrecognisable, laid on her bed and cut up into pieces, innards spread out and blood everywhere.

Officially this was the last victim of Jack the Ripper, although there were others before and after these five that may have been down to the same killer. With too many clues to go on the list of suspects over the years has been astronomical, it seems that every day a new expert comes along and gives their own theory on sometimes the smallest possible evidence. 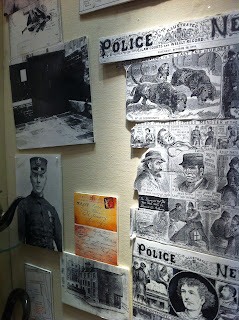 At the top of this suspect list though is Aaron Kosminski, who was caught by the police just after the fifth murder and was named by police in official memo’s as the killer, but it was the startling DNA evidence that showed up on a shawl found at the scene of the murder of Catherine Eddowes that had both the victim and the descendent of Kosminski on. Although this has been criticised due to the possibility of cross-contamination, passage of time and other arguments, the truth of the matter is this Polish Jew lived very close to the murders and was sent to a workhouse due to his deteriorating mental state. Later he was forced to be locked up in a mental asylum until his death in 1919. 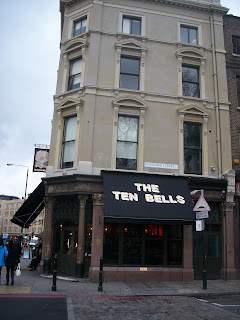 Today there is very little left of the that once was, so many streets have changed since 1888 but there is still the pub The Ten Bells where the victims were said to drink, the streets are there but the houses are long gone, Mary Kelly’s home is now a car park. Jack the Ripper tours are a common sight at Tower Hill tube station where visitors can pay a fee to be taken around the areas where the victims were found. A historian friend of mine did it for free up until recently, plus he was more in depth and asked you to remember that these women were not just celebrity victims, they were human beings who had families and now thanks to a killer we still can’t officially name, their names will be remembered forever.


Posted by Disasters and Shipwrecks at 3:38 PM No comments: 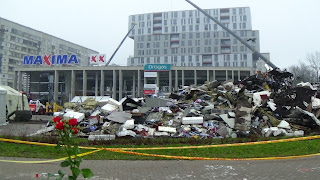 It was November 2018 when I visited the Latvian capital , it was the 100th anniversary of their and celebrations were in the air for the next few days, but while I was here I had one place on my mind to visit and research, the site of a disaster that shook the city just a few years before.

It was the early evening of 21st November 2013 and over 100 shoppers were in the Maxima supermarket in ’s Zolitude district when a fire alarm went off. It was quickly established that it was a false alarm caused by maintenance work going on, but soon after a huge part of the building collapsed in on itself over the checkouts and buried dozens of people under rubble. 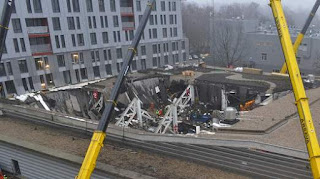 Emergency services were called and a huge rescue operation was launched, fire teams dug away at the rubble to reach survivors but more was to come when a further part of the roof fell onto the rescue teams, crushing more and leaving further people trapped. By now it was realised that this was a huge emergency that could change at any time and so firefighters were allowed only half an hour on site per person before being relieved.

Out in the car park soldiers started setting up tents for the rescue workers and for dealing with survivors. But as time went on and survivors were getting less and less, periods of absolute silence were called for in order to listen for signs of life. Mobile phones were ringing within the collapsed building, most likely from worried relatives and people who had not been heard from for several hours. 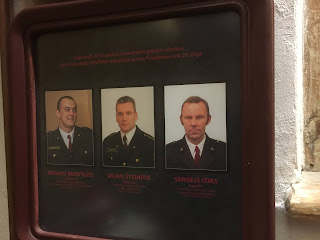 The digging went on into the night and well into the next few days, during this time a third collapse happened but this time everyone was out of the way in time. In the end it was found that a total of 54 people had been killed, three of them firefighters during the second collapse. The shock of the disaster was felt throughout and the mayor ordered immediate inspections of all buildings that were worked on by the same company as this supermarket.

In the end the collapse was blamed on structural errors in the building and one civil engineer was jailed for six year. The building itself was demolished within days and the site cleared.

It was just a few days away from the 5th anniversary of the disaster that I took a taxi over to the site, not sure what to expect or if it would be an area that would be dangerous. Thankfully it was actually a nice place to walk around, just normal people going about their business. In th
e middle of the shopping district was a car park with what looked like a flat roof but at ground level, surrounded by fencing. In front of this was a memorial that resembled the of the old World Trade Centre in , tributes already adorning it. 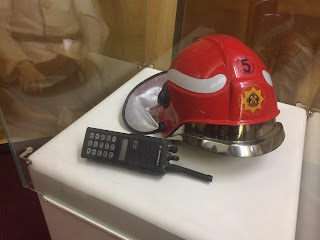 Like with any disaster site, it is always hard to imagine what it must have been like here to have this all happen in front of you. I have been to many sites like this and each time I am astounded by how normal everything is around it, almost like it hadn’t happened. I think over time they are making the memorial more permanent but as it stood this was just a temporary monument. With the site visited and photographs taken of the memorial and site, it was a visit to a nearby supermarket and then catching a bus back to the city centre.

Now a disaster of this magnitude would not be forgotten, but it was the that would remember it more than anyone for they lost three of their guys in the collapse and had several more injured. This museum was quite a walk away and very cheap to get in, but it was worth the effort. This has a complete history of Latvian fire fighting and the Maxima collapse featured heavily in one particular room. Photos of the rescue adorned the wall, an actual chunk of the concrete on display, fire helmets and other parts of the story, each one with its own history. It was good to see that this was documented, but incredible to find that a disaster like this should never have happened in the first place.

But then again, can’t you say that about all of them? 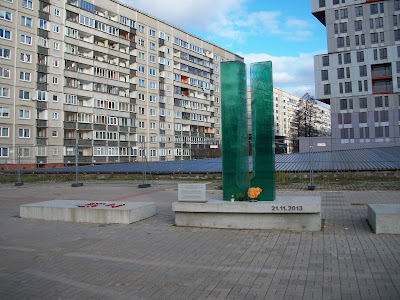 Posted by Disasters and Shipwrecks at 1:11 PM No comments: