Loss of the Cargo Ship Rema 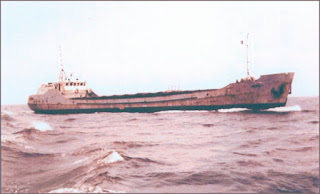 In the early hours of Saturday 25th April 1998 a broken distress signal was picked up by Humber Coastguard on the VHF channel 16 from the Belize registered single-deck cargo ship Rema which was en route from Berwick in Northumberland to Holland with a cargo of stone chippings. The ship reported at 0321 hours that she was around 22 miles off the coast of and taking on water.

With four crew on board, the ship seemed to be in distress in clear weather and calm seas, the RNLI lifeboats from Teesside, and raced to the scene along with any ships in the area and two helicopters. Within the hour the first helicopter arrived on scene but the ship was nowhere visible. The two lifeboats arrived within a few hours more but by now dawn was breaking and there was no sign of the Rema. 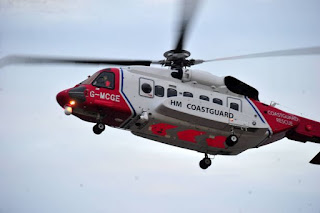 Humber Coastguard continued to relay the message to all ships to look out for a vessel in distress but it soon became clear that the Rema had gone down when the helicopter found an oil slick and a liferaft, there was no sign of her four crew.

Over the next few hours a number of items were located including a zodiac rubber boat, several pieces of lifesaving equipment, rafts and other random wooden wreckage.
The Trinity House Vessel Patricia was on scene later that day and began a search for the wreck on the seabed, giving her last known position and the location of the wreckage it was just hours later that a large object was located and confirmed to be the missing ship.

An investigation was launched and it was found that the ship had been involved in several minor collisions with both a bridge and a jetty in the 13 months prior to her loss, but these had been repaired. She had also been detained twice during eight separate port inspections, five of these found deficiencies but only two warranted action to prevent the ship sailing until rectifications were carried out. 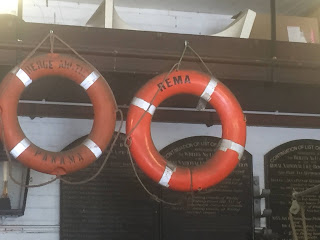 Two months after the Rema sank the wreck was surveyed by the Goosander which lowered remote cameras to the remains and began to explore the wreck. A fair amount of her cargo had emptied via a forward hatch and now lay around the ship, they saw various damage to the bow and accommodation area but they found nothing that could positively explain why this ship suddenly sank.

In their final report, the Marine Accidents Investigation Branch concluded that the Rema had sunk due to the slow flooding into the cargo hold but they could not conclude what had caused this to happen or how long it took.

The four crew of the Rema were never recovered and are now forever on board the wreck which still lies upright on the seabed, one of many thousands of wrecks of the and one more mystery to be added to the history books.

Posted by Disasters and Shipwrecks at 3:29 PM