The Sinking and Legacy of the Mary Rose 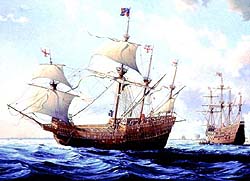 The Mary Rose would have been one of those old time shipwrecks that were (at the most) given a brief mention in a history book now and again if it wasn't for the determination of a man named Alexander McKee. He had always had a fascination for shipwrecks and had written several books including one detailing the sinking of the Medusa and the survivors battle for life on a raft.


He focused his research on the area between the Isle of Wight and the mainland known as the Solent, here it was known that over hundreds of years countless historic ships had gone down, especially in the two World Wars. But three in particular needed further attention - the Royal George (sunk 1782), Invincible (former French warship captured by the British and sunk in 1758) and the Mary Rose. 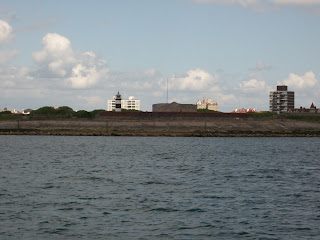 It was 19th July 1545 that the Tudor warship, one of the ships that made up the pride of Henry VIII's fleet, set sail from Portsmouth to engage a French fleet laying in wait off the Isle of Wight. With hundreds of soldiers, sailors and marines on board she was dangerously overloaded and (according to recent investigations) badly designed due to extensions of her during refitting. In full view of the King himself who was watching from nearby Southsea Castle, the 35 year old Mary Rose rolled onto her side and sank without a shot being fired. 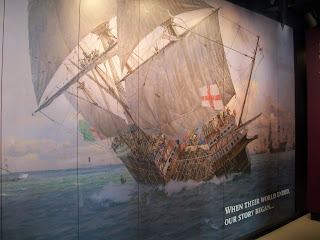 The suddenness and sheer horror of the disaster shocked all those who witnessed it. Anti-boarding nets prevented anybody escaping and simply pulled everybody down even if they were on the upper deck. Estimates range from between 500-700 dead with only around 34 survivors.

Salvage operations were unsuccessful and it wasn't until 1836 that divers John and Charles Deane discovered the wreck and recovered several cannon. Before too long the site was once again abandoned and the Mary Rose lost once again.

Alexander McKee began his search in the mid-1960s and was elated when he finally confirmed that he had discovered the Mary Rose around 1968 during dives on a site that appeared on his sonar printouts. 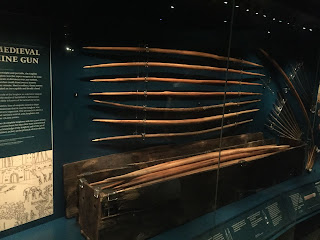 Over the next decade a careful excavation took place of the wreck site which revealed some incredible objects. Since those days began an intricate operation to preserve these unique artifacts began and continues to this day. Never before had so many items been recovered from such a wreck, telling more about the story of the Tudor period and her military than any other site.

Now it was time to do the unthinkable - recover the remains of the ship itself and bring her home.


When the ship sank onto her side she had slowly been buried into the seabed, over the years the ship had been eaten away, rotted and been worn down until only half the ship remained and that was slowly covered over by the mud of the Solent. Digging half of a ship out and raising it would be the biggest underwater archaeological excavation ever undertaken. Only the Vasa could come close and that was still in the harbour of Stockholm and in one piece! 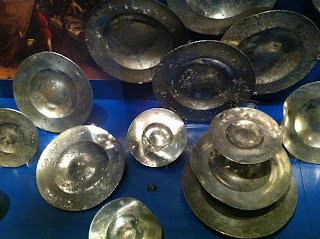 On 11th October 1982 using a huge frame on the end of a floating crane the wreck was cradled gently and slowly brought to the surface, a scene that was broadcast live on television and watched by Prince Charles himself (now President of the Mary Rose Trust and who had dived on the wreck during the salvage operations). Apart from a moment when part of the cradle came apart, the raising of the Mary Rose was an immense success. Placed on a barge she was slowly towed back into Portsmouth Harbour where her journey had begun 437 years before. 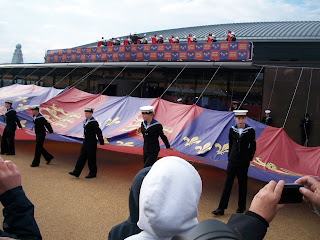 Since that day the wreck has been sprayed in an enclosed area on display to the public. A chemical called polyethylene glycol was used to treat the wood and it took a staggering three decades to finish the treatment process. In 2013 after an large lottery grant and a lot of help from the volunteers ensured that the opening of a brand new museum (left) would show off the Mary Rose and all the objects found in her wreck. Still being dried out, it was not until July 2016 that finally the public would be able to be in the same room as the famous ship.

Today you can visit her and smell the aroma of the wood as you enter the doors of the ship hall, gaze upon her treasures as well as the remains of her lost crew. She has become the winner of countless awards and has hosted over 10,000,000 visitors since her salvage. 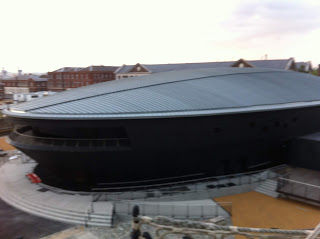 A snapshot of the Tudor navy and the age of Henry VIII, this museum (pictured left) is well worth the visit and is a must for any tourist, historian or lover of all things maritime.

I myself first heard of the Mary Rose as a 12 year old and was desperate to know more about this ship. First visiting the museum in May 1999 (the ship hall and artifacts were in two separate buildings at the time) and attending the opening of the new museum on 30 May 2013 led to a meeting with one of the original team members Margaret Rule and the first look at the venue. This is one wreck that is very close to my heart and one that continues to fascinate me just like it has for generations of others. 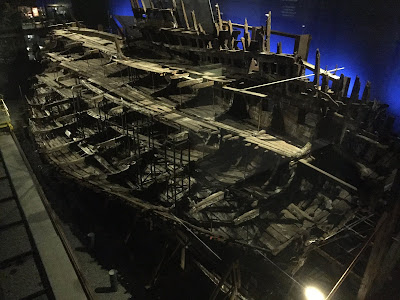 Posted by Disasters and Shipwrecks at 10:01 PM