Why I wrote Boleyn Gold 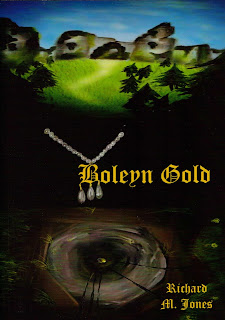 Apart from learning about the Kings and Queens of England at school when I was just a boy, my first real research into this came in 2010 when I watched the Keith Michell film Henry VIII and his Six Wives, soon
becoming fascinated by the story of this guy and the actions he took during his life. The Anne Boleyn saga was at the forefront of my research and I took a trip to just days later to the to see for myself the area where her execution took place and where she remains to this day. From then on my collection of Tudor history books grew as did the DVDs of the vast amount of documentaries and films that had been released.

I have now been fascinated by the story of Anne Boleyn and Henry VIII for 9 years especially so when you read the evidence and see that it was clearly a show trial on false charges of adultery and incest just so he could get rid of her and pave the way for the new love in his life Jane Seymour.

As an author of several books on historic events this kind of thing was right up my street, but while I love writing about history there were already hundreds of books taking you deep into the Tudor way of life and everybody involved. There were also countless fiction books that had proved so popular that they made it on to the big screen such as The Other Boleyn Girl, Wolf Hall and not forgetting the hit series The Tudors.

What I wanted to do was bring Anne back to the present and have a story of complete fiction that would combine the stories together, pretty much the ways that made films such as National Treasure and Indiana Jones a household name. To have a modern day relic hunt while a bad guy followed their every step would turn it also into a whodunit so the characters have several things to think about at the same time which would all wrap up nicely at the end.

Obviously in real life things never work out this way. Over 40 historic sites would take decades of legal actions, permissions, archaeological red tape and countless other things before they would be excavated properly.

The way the police operate would not make for a good story of this type, so our detective Palmer would never be the only person on for each step of the way, he would be on a shift pattern which involved rest days, clocking on and off daily and having his work load taken over by other officers. While a lot of the police are over worked they are the ones that keep our counties safe and do a lot of amazing things behind the scenes. For all your services we the public are always grateful even if most do not show it.

So as you could probably tell the whole story was fiction, as were the places where the treasures were found, although I did throw in as the base for their search simply because it has a harbour big enough to have a research vessel and several universities. doesn’t exist nor do any of the artifacts described. 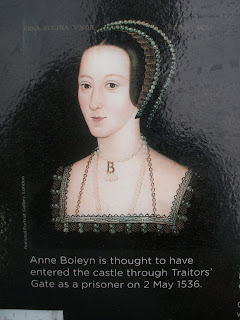 Except one. Anne’s “B” necklace is the most iconic piece of jewelry of that time, several of Anne’s portraits show her wearing that and one of these can be seen today hanging on the walls of the National Portrait Gallery in London. The necklace itself has never been located. The photograph (right) shows the necklace on an information board outside the Tower of London.

So what did exist? The words spoken by Anne as she was executed were real, as was the sinking of the in 1915 - an act that led to joining the allies in the First World War two years later. The people who were executed the days before Anne were real as were all the “crimes” that they were charged with. The other ships mentioned Queen Mary 2 and HMS Diamond are real and can often be seen in and harbours on a regular basis. The wreck of the Trantellion is fiction as is her lost cargo and the research vessel Carver.

Also remember our historian and resident expert Claire Ridgeway? Well she exists too! Years ago her fascination for the story of Anne Boleyn led to her creating a website called The Anne Boleyn Files, a collection of documents, information, discussions and even souvenirs relating to all things Anne. Her work to bring the story of Anne to light is an incredible journey, one which I doubt she will ever give up. For all your hard work and devotion to history I thank you and am honoured to have included you in this book. 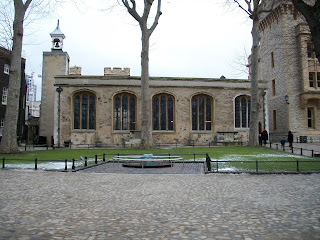 Finally it leaves me to say that Anne is not buried somewhere forgotten. Upon her execution she was placed in an old arrow box and buried in the Chapel of St Peter ad Vincula in the . Her remains were discovered during renovation work during the reign of Queen in 1877 where they were re-interred and the floor of the chapel re-covered. A plaque today marks her grave along with that of the fifth wife of Henry VIII, Catherine Howard, also executed for adultery several years after Anne. I was able to take a photograph of her grave (below) in my 2010 visit to the chapel. 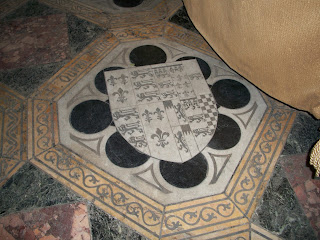 Normally my books are non-fiction and involve years of research, tracking down people and sifting through archives, but being my first novel I found it thoroughly enjoyable. It was a chance to put my thoughts and ideas on paper as well as throw a few real-life events, people and ships in there too.

Boleyn Gold was over a year in the making, ending with me running a competition for up-and-coming artists to design the front cover. This was won by Maxii Doyle who took a lot of time to figure out what the book contained and what scenes would be relevant to the story. She was presented with an award and a copy of the book at the official launch on 4th August 2018 at the Tudor House in Southampton. The launch was a great turn out and I can't wait to do it all again. 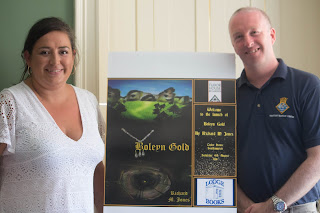 Meanwhile the characters in Boleyn Gold have not sat down to rest, for a sequel adventure is already being written......

Posted by Disasters and Shipwrecks at 10:40 AM