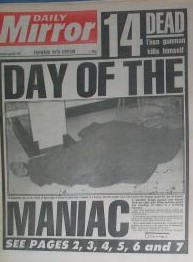 19th August 1987 started out as any normal sunny day at the height of the school holidays in the Berkshire market town of Hungerford, UK. At home in her semi-detached house was primary school dinner lady Dorothy Ryan who lived with her 27-year-old son Michael on South View. Unbeknown to her, the son she adored would soon become one of the most talked about killers in British history.

Just after midday Michael Ryan drove his Vauxhall Astra to Savernake Forest where a woman was having a picnic with her two children. He shot her dead and calmly walked away. The two children managed to escape and raise the alarm when they found a passer by and told her that a man had shot their mummy.

Stopping at a petrol station he opened fire again while he was filling his car up, this time missing and giving the people around him chance to ring the police thinking it was an attempted armed robbery. 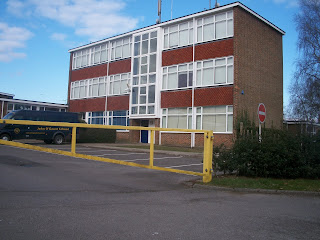 Now Ryan drove back to his street and began shooting at whoever he saw, entering houses where he could and murdering the occupants, killing those walking by and even turning the gun on his own mother. After setting his house on fire and shooting at his own car, he then aimed at a police officer in his own vehicle who had been sent to investigate the reports of multiple shootings. PC Roger Brereton died in his patrol car but not before he was able to radio that he had been shot.

By now it was clear that the events unfolding were too big for the local police to deal with and specialist firearms teams were dispatched. The injured were being rushed to hospital and the death toll was rising with every sound of a gunshot.

By the time Michael Ryan was located he had locked himself in a school close to his house where he had attended as a child. Negotiations started taking place to try and allow Ryan to surrender without any more bloodshed. 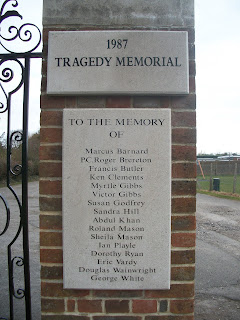 After several hours of getting nowhere with him the sound of a single gunshot echoed from the classroom where he had barricaded himself in. When the police were content that it was safe they managed to gain entry and confirmed that Ryan had committed suicide.

The investigation into the massacre at Hungerford could find no reason for Ryan’s sudden murderous rampage that ended up leaving 16 dead and 15 others injured. The weapons he used ranged from automatic rifles to a 9mm pistol. The fires at South View were extinguished and the town returned to normal, but not without the name Hungerford forever being tainted with the memory of Britain’s worst mass shooting (at the time). 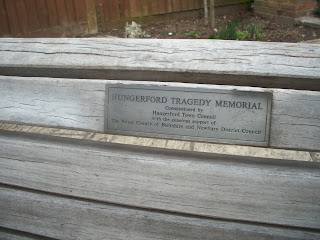 Today the streets show no evidence of what happened, the houses were rebuilt and the school carried on as normal. A memorial plaque honours the victims in a quiet corner of the town as well as a bench where those who wish to reflect on memories can sit a while out of the way.

But the one question that was never answered was why Michael Ryan felt the need to commit an act of multiple homicides that included his own mother, cementing his name in the list of the UK’s worst mass killers and into the annals of criminal history.

Posted by Disasters and Shipwrecks at 9:38 AM