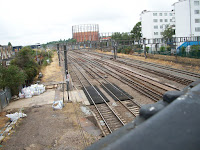 Rail disasters are not uncommon, since the days of the first steam powered railway engine there have been incidents that have cost lives and left thousands injured. But as the years go by the safety of the rail networks of the UK became more strict and the disasters became fewer, but that doesn't mean that they were completely eradicated. Over 20 years ago a crash hit the headlines that would shock the capital and leave the rest of the country questioning the integrity of our transport industry and the honesty of the people watching over our safety and comfort during the countless rail journeys. 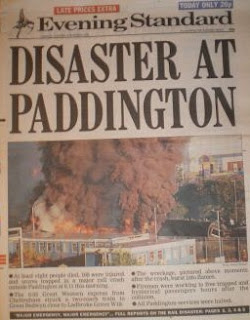 In the early morning of Tuesday 5th October 1999, at 0806, a Thames Train commuter journey set off from Paddington station bound for Bedwyn in Wiltshire. Coming in the opposite direction was a faster train, a First Great Western service from Cheltenham due to terminate at Paddington. The two trains had no reason to believe that anything was wrong, but just two minutes out of Paddington, as the Thames Train was approaching Ladbroke Grove, the driver passed a red signal that was obscured for some reason, possibly due to the sun shining directly on the light.

Either way, the two trains collided head on and devastation commenced. As twisted wreckage flew into the air and in every direction, a fireball ignited and flames shot across the carriages. People trapped within the crumpled cars had to fight for survival as the sudden impact combined with the searing heat of the fire left them with no choice but to scramble to safety as quickly as possible. 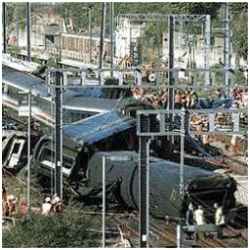 Just a few minutes after the collision, the first fire teams had been called and were on scene immediately. Rescue teams had a huge job of both fighting the flames and dragging survivors to safety. Smoke rising into the air could be seen for miles around as the railway lines were closed. Although the fire was ferocious, it was extinguished fairly quickly, leading to fire teams being able to safely extract what they now found were burns victims as well as other major injuries.

By now it was obvious that this was a huge incident, the head on collision killed both drivers instantly and it was clear that passengers were also amongst the dead. It would be several days before they would get a final death toll as they combed the charred wreckage for passengers. Eventually they would get a final list of 31 dead, with over 400 injured.

The questions that were now being asked as the wreckage was lifted off the tracks led to several high profile inquiries and some damning reports into the laxity of the companies involved in ensuring that passengers safety was adhered to. Thames Trains were fined £2 million for violations of health and safety, Network Rail (who looked after the tracks) were fined £4 million and the official inquiry led by Lord Cullen led to the founding of the Rail Accidents Investigation Branch. 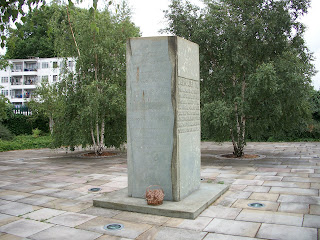 Today a memorial garden is situated overlooking the scene of the disaster next to a branch of Sainsbury's. In the small wooded area there is a monument to remember the 31 who died and provides a place to go away from the outsiders temporarily and to reflect on a rail disaster that despite the tragedy, actually changed the British rail network for the better. For those who were there that day, no amount of regulations and reflection can dampen the horrors that were seen and felt on that day in October when hell came to Ladbroke Grove.

Posted by Disasters and Shipwrecks at 5:54 PM