The Burning of Grenfell Tower 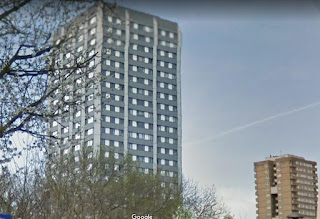 In the early hours of the morning of Wednesday 14th June 2017 the hot summer evenings had left me restless in the night and I found myself heading downstairs, I would play around online for an hour until I became sleepy again. In the meantime I would do what I always did and have Sky News on in the background. But when I put the TV on, an image filled the screen that was so shocking it instantly grabbed my attention. A huge fire had engulfed over a dozen floors of a block of flats in London and it was live coverage, the flames travelling up the outside of the building and consuming everything in its path. I remember wondering if everybody had got out OK, surely the alarms had alerted the residents and we would be looking at a fair few smoke inhalations and lost homes. 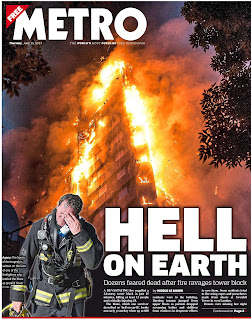 But the following days brought out the shocking truth. People had died in this disaster, at first they said 12 killed, the next day that doubled, then doubled again. After a confusion over the death toll, the final number was put at 72 by the time the official inquiry was commenced.

Over 220 feet high, Grenfell Tower had 129 flats within its 24 floors and it was constructed in the early 1970s, providing housing to around 600 people. Renovation projects were being carried out in the tower blocks around the Kensington area and between 2012-16 Grenfell Tower had work carried out to bring it into a more modern look and less of a 70s eyesore. But little did the residents know this was the start of a chain reaction of the tragic events that followed.

The fire that morning started just before 0100 in a fourth floor flat when a malfunctioning fridge freezer caught fire, but this is where it should have ended, contained within the flat and not extending outside of that area. But a renovation of the building had led to a new cladding being fitted to the outside of the building, but few realised that this type was not only cheaper than the usual style, but also it was highly flammable. When the fire reached the window, the flames took hold and crept up the side of the building, hitting flat after flat, trapping dozens of people in their own homes. 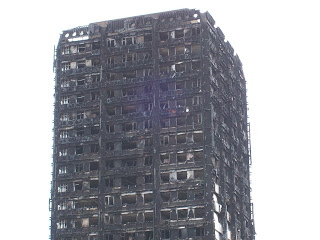 It took over two days for the fire to be extinguished, the exhausted rescue workers cheered on by onlookers, the heroes of the Grenfell Tower fire. But as the tower cooled and the smoke cleared, the fires of anger rose up in its place.

As this is an ongoing investigation it would be unfair to comment further on this tragedy, but already fingers have been pointed at those who knew the dangers of the cladding and the police are currently investigating claims of negligence and possibly manslaughter. Only time will tell as the inquiry goes through its stages and gathers the evidence. 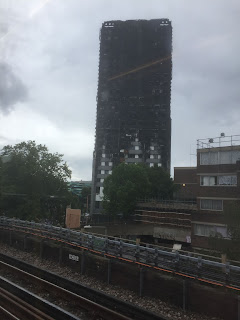 Now we see that the first, second and third anniversaries have come and gone, the tower has since been covered in scaffolding and wrapped in a barrier, partly to preserve the scene, partly to shield the charred building from view. At the very top is a banner that has the words “Grenfell Forever in our Hearts” along with the green heart that has since become the symbol of the remembrance, disaster and the fight for justice.

It was not long after the fire that a friend invited me to his home in London and I was able to see Grenfell Tower myself. By then the whole area was sealed off, the barriers surrounding the building being high enough for onlookers to not see the lower floors, a police officer standing guard near the open residential apartments nearby, but the blackened tower rising high making a terrible mark on the London skyline. In the weeks following the fire it was rumoured that the tower fire had killed several hundred people, a false report that was spurred on by attention-hungry celebrities who wanted nothing more than their own publicity, something that would do nothing but cause further grief to those already suffering from loss. The markings on the nearby bridge walls being used as an outpouring of grief for a community devastated by tragedy, a name that is now infamous to join the likes of other places of tragedy such as Lockerbie and Hillsborough. Never before has a fire gripped a nation and shocked all who saw it since the Piper Alpha oil rig exploded out at sea in 1988. But this was a very different image in the middle of the nation's capital and towering for all to see from miles away.
Only time will tell how the inquiry will go, what evidence will be found and more importantly if any responsibility will be admitted. Disasters like this do not just happen by accident; we can only hope that the families of those who lost families and homes will get their justice. 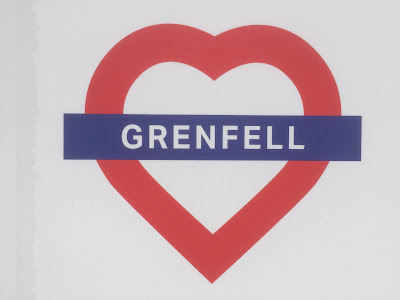 Posted by Disasters and Shipwrecks at 9:37 AM