A visit to the memorials of Washington DC 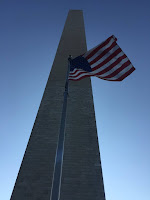 The capital city of the is filled with fascinating history, the museums lined up between the Capitol and the White House could take days to go around and the monuments dotted across the city would extend that trip into weeks. As a shipwreck and disaster researcher, I focused on those type of monuments when I went to visit in 2017.

Two memorials side by side of the entrance to the memorial were the ones dedicated to the military losses in the wars in and , where over 100,000 names are on these panels. It makes for shocking reading when you see that each name is a real person, someone who had a family and career dreams yet ended their lives in a war so far from home. The Korean side had a mock up of the patrols, statues of soldiers trodding through vegetation, not knowing if this next step was going to be their last. 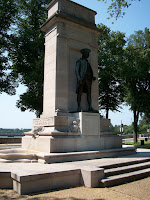 Close by, just behind , is a monument to the Father of the American Navy, John Paul Jones. Born in , Jones fought the British at the Battle of Flamborough Head where his ship, the Bonhomme Richard, was sunk after an overnight battle on 23rd September 1779. He went on to be a Russian Admiral and took part in many sorties before he died alone in a apartment many years later. The monument to him has a scene of battle with many of his legendary quotes such as “I have not yet begun to fight” which he famously shouted from the deck of his blazing ship. 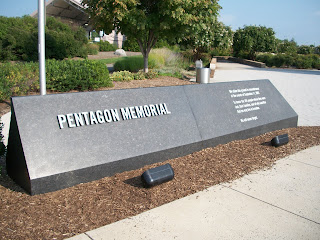 One of the major things my wife and I went to see was the Pentagon, the home of the military and the scene of one of the terrorist attacks on 11th September 2001. While was reeling from the attacks on their World Trade Centre, a third passenger plane was directed at one of the sides of the Pentagon and demolished a hefty part of the well built structure. 184 people were killed and today the site has a memorial garden which names all those who were tragically lost in this pointless terror attack. Despite the main roads being so close, the area was quiet and secluded. By coincidence the attack happened on the 60th anniversary of the Pentagon being built as a stone around the other side gives the date 11th September 1941.

Heading out in a taxi we then directed our taxi to an area next to the where a large memorial to the sinking of the liner Titanic in 1912 stood. A huge statue of a man with his arms outstretched was dedicated “to the men of the Titanic” from the women of . This was another memorial that was nice and quiet and in very good shape for its age. One of many memorials to this most famous of shipwrecks. 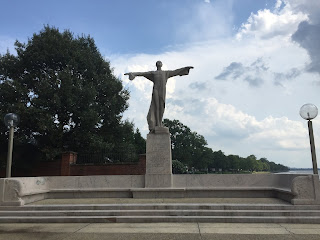 The Potomac River is also the scene of a major disaster on 13th January 1982 when Air flight 90 took off from the nearby airport and could not gain enough height due to ice on the wings. Losing altitude the Boeing 737 struck a bridge and smashed into several cars before plummeting into the icy river below. Despite a major rescue operation, there were just five survivors from the aircraft, but four others died on the bridge in their cars bringing a total death toll of 78. The bridge was later renamed the Arland D. Williams Jr. Memorial Bridge after one of the heroic passengers of the flight as a monument to his bravery in helping others that cost him his life. 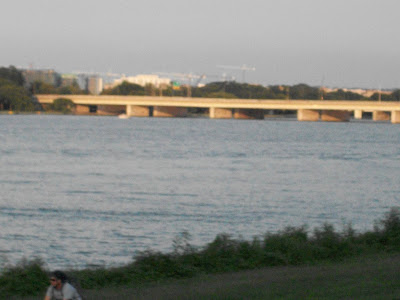 Posted by Disasters and Shipwrecks at 8:13 AM