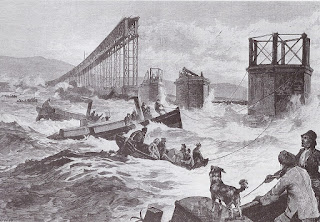 The River Tay is the longest river in , starting at the slopes of Ben Lui and ending 117 miles away in the . As with any river, it is necessary to build structures in order to allow people to cross, whether it be a tunnel, bridge or ferry. At certain points in any river these structures become a necessity, so in the 1800s a design was underway for a railway bridge across the Tay between and Wormit.

The bridge was designed by Sir Thomas Bouch and opened on 1st June 1878 for passenger carrying trains and was a success straight away. But just over 18 months later, on 28 December 1879 a violent storm erupted and hit the River Tay with a full fury. The bridge was restricted to one train at a time and as one train from Burntisland was allowed through, sparks were seen coming from the tracks. This was nothing to worry about as the previous train had had the same issue. In this weather it was not unusual for the train to be buffeted and the wheels make contact with the track. 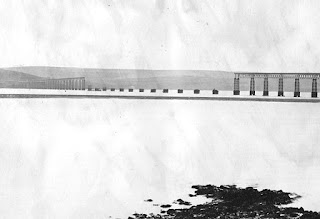 On the side the train was expected but failed to appear. Other than a flash of light there was nothing but darkness in the storm. What nobody knew at this point was that the bridge had collapsed and the train had run straight off into the gap and plunged into the freezing River Tay below.

Nobody knows for sure just how many people died that night, 46 bodies were recovered, there were at least 59 people on the train but no accounting for those holding season tickets or additional people. The death toll has since been put at 75. 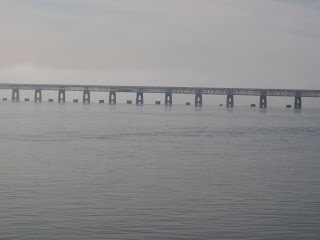 The subsequent inquiry into the disaster blamed the structure of the bridge and the design flaws that led to the storm destroying that part of the bridge. Designer Sir Thomas Bouch was held to blame and died less than a year after the disaster, his failing health worsened by the stress caused by the collapse.

There have been many theories as to what exactly caused the collapse, controversies over whether Bouch should have been blamed and not forgetting the fluctuations in the number of people said to have died. The bridge itself was not used again, a new one being built next to it and opened for service just six years after the disaster.

A number of places remember the train crash, for a start there is the bridge itself, the original stumps still visible next to the modern bridge jutting out of the water. On both the and Wormit waterfront are memorials which only went up a few years back after years of campaigning. A steel piece of the bridge is on display at the Dundee Museum of Transport, another in the National Museum of Scotland in Edinburgh (below).

Incredibly the train itself was salvaged and put back into service, nicknamed The Diver, it was in service until 1919 with may people refusing to cross the Tay on this locomotive, the superstition and fear being very real on this industrial service. 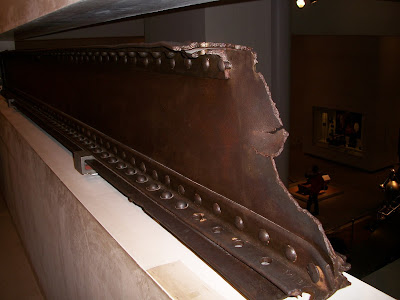 Posted by Disasters and Shipwrecks at 1:36 PM