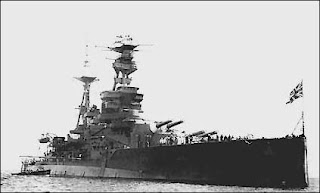 Of all the missions in the Second World War, one stood out in the early months as both death defying and impressive, despite the huge loss of life it caused. It was always believed that the Royal Navy’s Home Fleet based at Scapa Flow was safe from attack, the bay close to the capital Kirkwall was the perfect size and shelter to anchor a fleet of the finest warships afloat away from danger, but all this confidence came to a sudden and explosive end by the actions of U-boat skipper Gunther Prien. 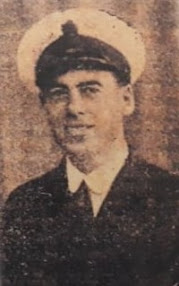 It was the night of 13th October 1939 when Prien took his submarine, U-47, to the north coast of Scotland, his mission being to sneak into Scapa Flow and attack the ships before making a run for it. This was almost a suicide mission, but one that required an enormous amount of patience, calculation and bravery if they were to navigate between the defences that protected these ships.

On board the Royal Oak, things were silent, most of the sailors asleep in their messdecks. One of these was Leading Steward Joseph Benedetto Cachia (right), born in Malta yet serving on board this ship so far from his native Mediterranean island nation. At 36 years old, Joseph married Catherine Debattista on 19th November 1931 in Sliema and had two daughters, Lilian and Carmen. He wasn’t the only Maltese national on board, around  a dozen more at least, mostly people who lived by the sea and wanted to join the Royal Navy for adventure, never believing that one day they would be back in a World War far from home. 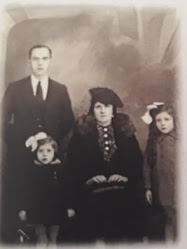 The Royal Oak was an old battleship now, commissioned in 1916 just in time to see action in the Battle of Jutland, but she still had immense firepower, not least in her eight 15 inch guns in four turrets that could pack a punch for any enemy ship that got too close for comfort. With a crew of over 1200, she spent her peacetime years conducting patrols and even managed to star in a movie. At 620 feet in length, she was dwarfed by some of the more modern warships that were now being seen on the world’s stage.

Meanwhile as Prien was sneaking through the Scapa Flow defences, the hands of midnight ticked over into the morning of 14th October. With the silhouettes of the vessels at anchor, Prien lined up his U-boat for attack. He fired several torpedoes at the battleship, only one of which struck home, so he quickly made ready for a second attack where three more torpedoes all hit their target. Royal Oak was doomed, she rolled over and sank less than half an hour after the first explosion.

U-47 managed to escape from Scapa Flow and returned to Germany a hero, Prien being awarded the Knights Cross. Royal Oak went down and took 835 crew with her, there were 424 survivors. One of those killed with Leading Steward Cahia.

It is only when the relatives of those who died on board such ships start to dig into their family history that the story of the people on board ships such as Royal Oak come to light. Cahia’s name is mentioned in several places – the Book of Remembrance at Kirkwall Cathedral, the Naval Memorial situated on The Hoe in Plymouth and he is also named on a monument in his hometown of Sliema in Malta. 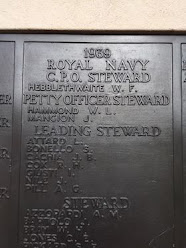 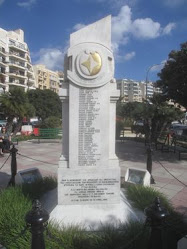 Joseph Cahia became one of the first Maltese casualties of the Second World War, the island was not directly affected with the war until fighting broke out with Italy in June the following year and the island was under siege from the axis powers, a siege that was broken by the success of the convoys fighting through to deliver much needed supplies. Cahia’s daughters both emigrated to Australia after the war and his descendants talked about him with pride for many years after. The tragic part of this story was that he was only duty that day covering for a shipmate that was on a date. Would he have been one of the lucky ones if he had not done a good turn for a friend? 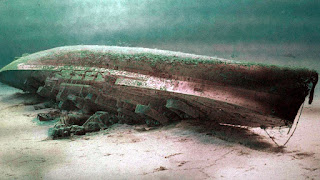 Today the Royal Oak is upside down still where she landed after that fateful night in 1939. She has been dived on but is officially a war grave and so only with special permission can this shipwreck be visited, usually by divers from the Royal Navy who will change the ship’s ensign and make sure that the spirit of the Mighty Oak is kept alive.

For Leading Steward Cachia, his legacy and that of his 800+ shipmates will never be forgotten. 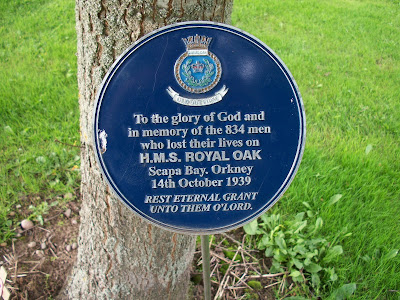 Posted by Disasters and Shipwrecks at 4:53 PM