Death in the ice – The loss of the Erebus and Terror 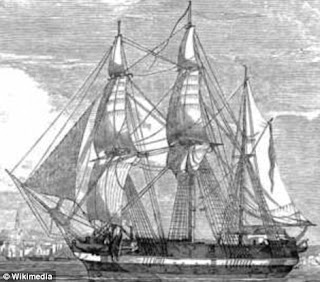 There are few sea stories that come with a vast amount of drama of such ships as those that set sail to the Arctic as part of explorer John Franklin’s expedition to find the North West Passage, a channel said to link the Atlantic with the Pacific and could save many weeks and months sailing around America to get to the west coast. was no stranger to voyaging and in 1845 he set off aboard the ships HMS Erebus and HMS Terror with 133 men.

They sailed on 19 May 1845 from , by the time July had come they had made it up to the ice, landed five men due to sickness and bade farewell to the two ships that had accompanied them. With 129 men on board in total, great things were expected, with the voyage expecting to take a long time, but as no word of them came back people started to get concerned. 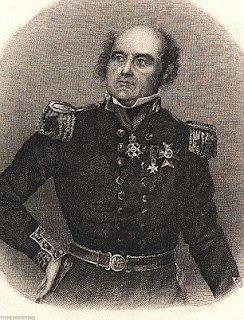 After two years with nothing from , search parties were drafted up to be sent out to conduct a hunt for the two ships and their missing crews. Years went by with rumours of sightings of the ships, over land the Inuit tribes told of a group of explorers that starved to death and showed them items that were confirmed to be from the lost expedition.

As the years ticked by, more evidence was found including written records of the expedition, frozen corpses, items from the ships and graves of several sailors. It was in 1984 that permission was granted to exhume three graves on by Professor Owen Beattie who wanted to find out exactly what had killed them.

Beattie found that pneumonia with lead poisoning had been the cause of death once the corpses had been exhumed and tested. The cans of food were poorly soldered and they lead may have contaminated the food and slowly killed them.

But the most interesting discovery came only recently when search teams located both ships on the seabed. Erebus was located in just 36 feet of water, deteriorated but upright, in September 2014. Two years later the Arctic Research Foundation announced that the Terror had been found in 79 feet of water and in pristine condition. 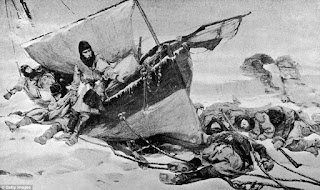 Since the discoveries there have been several dives on the wrecks with remote cameras and incredible images of these lost ships have been broadcast to the world. There is still a lot to learn about the mysterious vanishing of this entire expedition, but now all the pieces of the puzzle are there, it will only be a matter of time before we learn as much as there is to know about this. 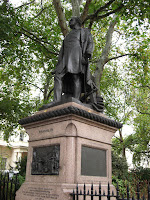 Franklin and his team are commemorated in and there is a museum in , which gives plenty of details about the search for the North West Passage in the place where Roald Amundsen’s two ships Fram and Gjoa are now on display. It will only be a matter of time before items recovered from the Erebus and Terror are on display for all to see and maybe even one day the wrecks themselves raised like the Amundsens Maud was a few years back.

But incredibly, it was the mysteriousness of the expedition that has made this the most memorable of them all, the loss of two ships and 129 crew has gone down in history as one of the great sea stories, with still so many unanswered questions, but this has ensured that their tragic legacy will live forever.

The statue of Sir John Franklin in central London (right) and a monument in nearby Greenwich (below).

Posted by Disasters and Shipwrecks at 3:08 PM