The liner Achille Lauro was possibly the one ship that hit the headlines for all the wrong reasons and for different events over the period of almost five decades.

She was launched as the Dutch liner Willem Ruys in 1946 and entered service with her sister ship Oranje who had already had 8 years service ahead. 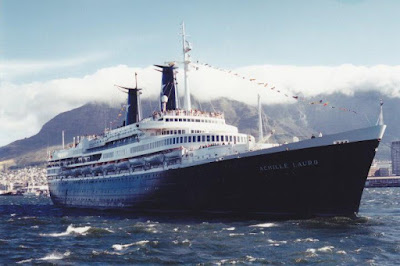 The ship was a popular vessel for the newly established cruise liner industry as jet airliners cut the travel time around the world from days and weeks to mere hours. She stayed with her Dutch owners until 1965 when she was bought by Italian shipping line Flotta Lauro and renamed Achille Lauro.

But this ship was destined to make headlines not for her luxury and beauty but for her mishaps and disasters.

26 June 1953 - Collision with tanker Cornelis B leaves ship sunk and 8 crew taken on board liner.

29 August 1965 - Fire and explosion on board in Palermo during reconstruction work.

October 1972 - Striking crews leave 1400 passengers stranded while alongside the Canary Islands for a week.

23 January 1982 - Ship is under arrest for non-payment of debts in Tenerife. 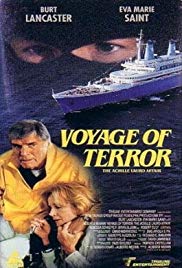 She was most famous for the 7th October 1985 hijacking by Palestinian terrorists who shot dead passenger Leon Klinghoffer, an incident that sparked tensions around the world and led to several movies and even a opera to be produced! The hijacking ended on 9th October when they struck a deal with authorities to guarantee safe passage on condition that they give up the ship without further bloodshed. The airliner taking them to freedom was then intercepted by US aircraft and was forced to land in Sicily. Several people were jailed following high profile trials.

The name Achille Lauro was not heard of again in the news until 30th November 1994 when during a cruise off the coast of Somalia she once again caught fire, killing several passengers, but this time she would not escape from the flames. The battle to keep the ship afloat lasted three days when she finally burnt out and sank on 2nd December 1994, ending the story of this most famous of ships. 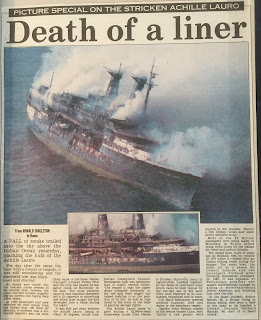 When all is said and done this is one of the most infamous ships ever to hit the headlines yet she is perhaps one of the most beautiful. Her sleek blue hull and sharp bow bearing her name in large white lettering is iconic and despite her misadventures she was a popular ship and well loved by all who sailed in her both in pleasure and business.

Thanks to her army of admirers this vessel will never be forgotten.

Posted by Disasters and Shipwrecks at 10:52 PM