The U-boat wrecks of Yorkshire

Many years ago a friend showed me a book called Shipwrecks of the Yorkshire Coast which detailed hundreds of vessels that had come to grief in the area between the River Tees and the River Humber. From sailing vessels of centuries ago to the modern day fishing vessels that still plough these waters, the Yorkshire coast is littered with relics and treasures from years gone by. One estimate puts the number of wrecks in the area as high as 50,000!

Among the vessels that have gone down off this area are the German submarines, better known as U-boats, that sent millions of tons of allied cargo to a watery grave by attacking their merchant ships using their torpedoes and deck guns. The First World War introduced this menace of the sea to a horrified world with the sinking of the luxury liner Lusitania bringing home just how dangerous one of these U-boat attacks could be. But it wasnt just the merchant ships that were lost at sea, the submarines themselves became victim of counter-attacks and mines. The amount of people who died on these steel coffins is staggering. 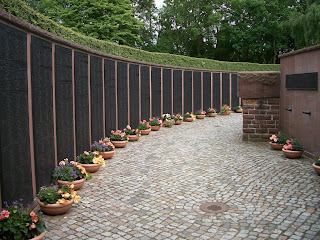 I had the opportunity to visit Kiel in June 2019 and was able to see both the Laboe naval memorial and the U-boat memorial, two magnificent monuments dedicated to not only their country's lost sailors but the sailors of every nation in both peacetime and war. With the names of every U-boat sunk in numerical order it made shocking reading of just how many people were lost in this one aspect.

The North Sea was no exception to the horrors of war and despite the attempts at disguising the merchant ships and concealing defensive weapons they still fell victim to the U-boats.

But the battle was not one-sided..... over those four years 1914-1918 the German navy would lose almost 200 submarines and today a lot of these wrecks have been found and visited by divers. Here are the ones that were lost off the Yorkshire coast. 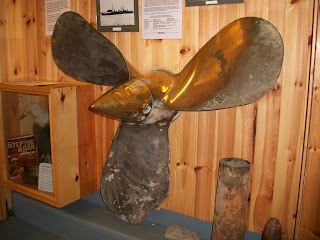 UC-39 was spotted off Flamborough Head by the destroyer HMS Thrasher which forced her to the surface using depth charges before finishing her off with gunfire on 8th February 1917 killing 7 of her crew. The wreck was discovered and visited by divers who removed her propeller and various fittings. 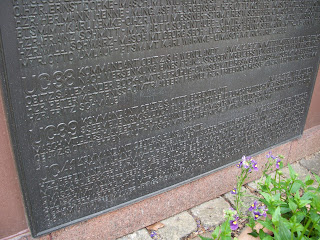 The image above left shows the names of those lost on the submarine at the Kiel U-boat memorial, Germany.

This submarine has become somewhat one of the more mysteries sinkings of the war. Sunk on 27th July 1918 in the North Sea after apparently being depth charged by HM Yacht Vanessa and HMT Calvia, when the wreck was found off Flamborough Head in 1985 it was actually located miles from where she was reported being sunk and investigation concluded she was actually sunk by either a mine or by accident and not by depth charges as first reported. What is even more incredible is that the wreck is tangled up with that of another vessel, the cargo ship Malvina which was sunk a week AFTER the supposed loss of UB-107. The mystery of this submarine has never been solved but one thing is for sure.....none of her 38 crew survived. Their names are on the Kiel U-boat memorial (below). 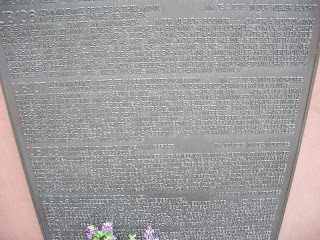 The UC-75 had an incredible career in her few years with a total of 56 merchant ships and one warship sunk as well as 8 other merchantmen damaged. 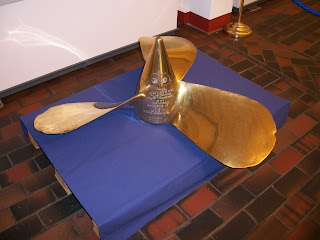 The toll of ships sunk would go up by one in her last mission - but not as she would expect it. The loss of this U-boat actually cost the Royal Navy dearly when on 31 May 1915 she was sighted by a convoy and rammed off Flamborough Head by the destroyer HMS Fairy which became so badly damaged that she started taking on water and vert soon joined the UC-75 on the seabed. 17 crew of the submarine died but 14 others survived including two who managed to leap onto the Fairy during the collision.

The wreck of both UC-75 and HMS Fairy have been located, the propeller of the submarine having a journey of its own when it was salvaged illegally and her propellers kept in storage for many years in secret before they were eventually found and seized in 2017, just in time to save them from being sold for scrap. One was handed over to the National Museum of the Royal Navy and the second was given back to the German navy where it is now on display at the Laboe naval memorial near Kiel. 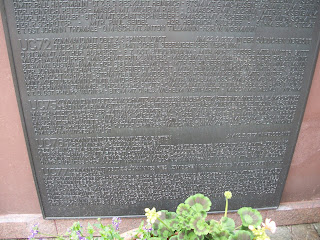 As for the Fairy, her gun was salvaged and for many years stood proud on the south side of Bridlington Harbour before it was removed in the early 2000s and placed in storage. It would be nice to see this back on display sometime soon.


(Right) shows the list of her lost crew at the Kiel U-boat memorial.

There are so many others that litter the seabed, each one having its own story and its own crews lives to explore. Most have been found and photographed by divers, some have had parts taken from them.

UB-41 was also sunk off Scarborough, on 5th October 1917 with all 24 hands after striking a mine.


While former enemies are now firm friends, it is easy to forget sometimes that the people lost in these vessels were ordinary people who had either joined the navy or had been conscripted just like those in Britain had. No matter what their political views it should remain at the forefront of everybody's mind that these men had families, loved ones and lives of their own and although the war has been over for 74 years we remember all the victims no matter which side they were fighting for. With the former U-boat U-995 on display and the silence of the memorial wreath laying area underground, this is what makes the memorials at Kiel such a significant place and one that everybody should pay a visit to. 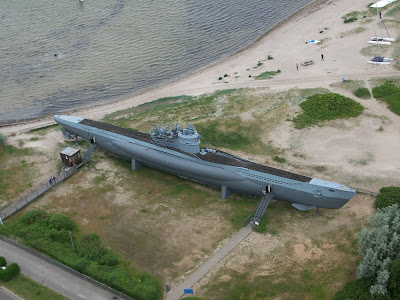 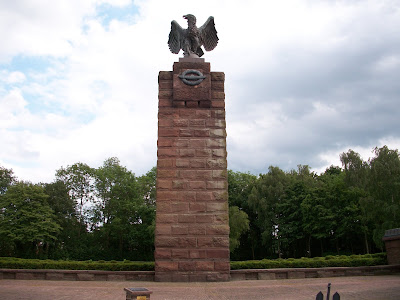 Posted by Disasters and Shipwrecks at 11:31 AM