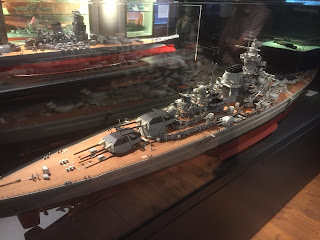 The Second World War has many memorable ships and among those which are remembered the most are the bigger ones that struck terror into the heart of their enemies. After the Bismarck was sunk in 1941 the allies turned their attention to her sister ship Tirpitz which was almost identical and just as deadly.

The chase was on to make sure this behemoth didn't have a chance to break out into the Atlantic and attack the convoys. The smaller German warships Scharnhorst, Gneisenau, Admiral Hipper, Admiral Scheer and Admiral Graf Spee had all made successful attacks on merchant ships, sinking not only thousands of tons of shipping but in some cases warships fell victim including the aircraft carrier HMS Glorious.

The Tirpitz was launched from her builders at Wilhelmshaven on 1st April 1939 and although she was immediately the target of air attacks on the harbours where she was being fitted out nothing ever struck her while this period of her initial trials was taking place.

In early 1942 she was deployed to Norwegian waters in order to give easy access to the Atlantic and Russian convoys but shortages of fuel led to a reduced ability to conduct operations and therefore led to her languishing in fjords most of the time. On 31st December 1942 she conducted the firing of her main guns on the island of Spitzbergen which was followed by her simply returning to Trondheim. 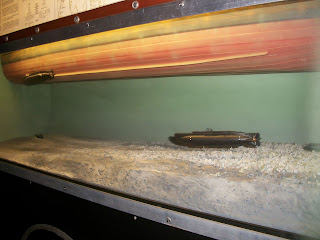 On 22nd September 1943 she came under attack from something that had never been seen before. Tiny submarines that can fit up to 5 people on board named X-craft were deployed with explosive charges attached to the side of the sub that could be released at a moments notice. Trained in absolute secrecy, the "X-men" would cut through the anti-submarine netting at Kafjord, the Tirpitz's new home for now. The mini subs would be towed across the North Sea from Scotland and up as far as they dared go on the surface before three of them would be released to carry out the attack. Two of these craft successfully planted charges, a third vanished without trace. The crew of the two craft surrendered when threatened to be sunk by the ships crew, the charges detonating under them not long after. Despite the British losses they had successfully caused enough damage to prevent the Tirpitz from sailing. (The model above is at the Royal Navy Submarine Museum in Gosport) 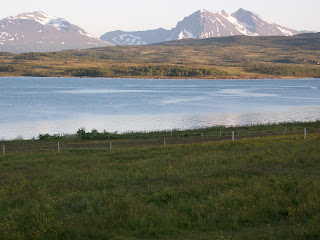 3rd April 1944 saw a wave of bombers attack the ship which caused damage to the superstructure and over 100 deaths. More attacks followed over the coming months that told the Germans that there was going to be no let up in the stopping of this ship. Despite the persistence of the bombers the ship was still technically operational and still posed a threat. By now the ship had been moved to Tromso where she lay at anchor once again.

This led to Lancaster bombers from No's 9 squadron and 617 "The Dambusters" squadron attacking the ship on 12th November 1944 in a mission that saw the dropping of Tall Boy bombs, explosives that caused huge craters when they missed and devastating damage when they hit on target. By now Tirpitz was no match for the explosions that reigned down that day, she was flooding within minutes and when a reconnaissance pass was conducted around an hour later she had turned upside down.

Over 900 crew died in her sinking, the wreck being sold after the war and salvaged between 1948 and 1957. The Norwegian salvor in charge became a millionaire from the scrap metal sold. 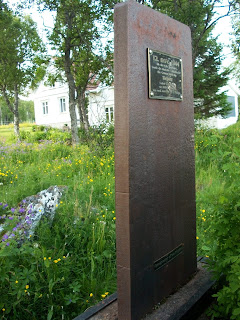 In July 2019 I visited the site where the ship met its final demise and it is hard to believe something so big would be sat there upside down for so long. A peaceful and tranquil island surrounded by wildlife and calm waters, a metal memorial constructed from the wreck's hull stands nearby, a red buoy marking where the few items still remain on the seabed. This is sometimes visited by divers and a few small items remain on the beach nearby such as the anchor chains and a mounting for a 20mm gun. 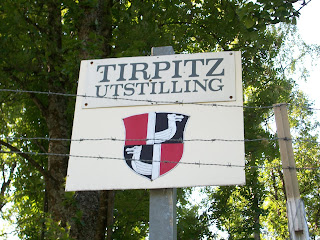 On the other side of Tromso is a Second World War bunker which is now a museum to the Tirpitz, not only telling the story of this ship and her last moments but this contains items that could not be sold for scrap but were taken home as souvenirs. These items have been tracked down over the years and displayed here for all to see - a raft, dials, gauges, a door, a clock with the eagle and swastika marking and a host of other fascinating items.


More Tirpitz items are in a separate museum near Kafjord but that was too far away to attend.

Although Bismarck always gets the books written and the documentaries telling her life, her sister ship will always have her own stories and her crew will always be remembered by the one remaining survivor and naval historians across the globe. 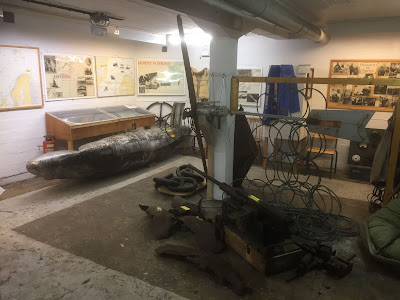 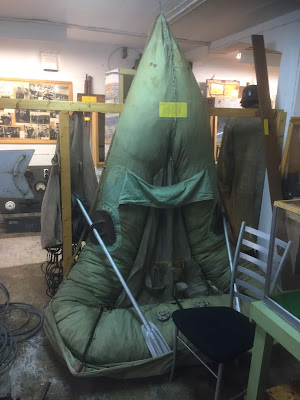 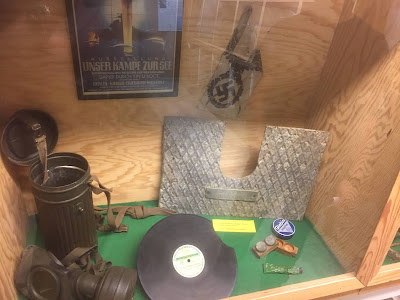 Posted by Disasters and Shipwrecks at 5:08 PM