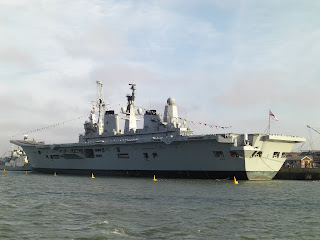 It was just 24 hours after war had been declared between a coalition force comprising of the , , , and a host of other nations against the dictatorship regime of Saddam Hussein in . Deployed off the coast at the top of the were several warships of these nations. had sent their aircraft carrier HMS Ark Royal to lead the naval task force under Commodore Jamie Miller.

The second day of the Iraq invasion saw a US helicopter crash on 21st March 2003, all 12 people on board were killed comprising 8 Brits and 4 Americans, but the aircraft wasn’t shot down, it turned out the helicopter had a mechanical fault. Not a good start for any military operation, but things were not about to get any better.

Two Sea King helicopters from 849 Squadron A Flight based at Royal Naval Air Station Culdrose were carrying out operations from the Ark Royal in the early hours of 22nd March. One was returning from a sortie while the second had just refuelled on the deck and was taking off. Their job was to conduct surveillance work in the Al Faw region of . 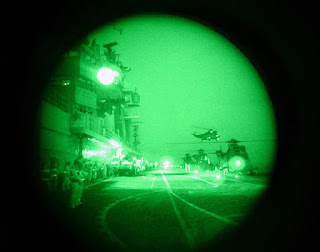 As one was taking off the other one was inbound and both aircraft sighted each other, they were warned that they were heading close to which they both acknowledged that they had each other in sight. But nothing prepared anybody for what was about to happen. The two Sea Kings collided in mid air much to the horror of those tracking the two craft.

To this day nobody knows what happened and why they hit each other. As the wreckage dropped into the sea just a few miles away from the ship it was obvious that there were no survivors. All 7 personnel in the two helicopters died – Six from the Royal Navy, one from the .

Over the next few days the debris from the aircraft was recovered along with the bodies of the seven crew, an investigation shedding no more light on what caused the crash than before. Tributes were paid by Captain Alan Massey, commanding officer of the Ark Royal as well as those high up in the Royal Navy and Government.

In , the main town at the centre of British military operations, a memorial was made with small brass plaques giving the names of each person who died during Op Telic (the mission name), already there were 14 names to go on just in the first 48 hours from the losses of the helicopters and many more would be added.

The war ended officially in May 2003, the continuous conflict would not be at an end for another eight years. By the time British forces left the country, 179 service personnel had lost their lives, for the that would be 4,424. Today the regime is long gone, the country is an ally and the memorial plaques were taken from the base in and placed at the National Memorial Arboretum in the . (See images below.) 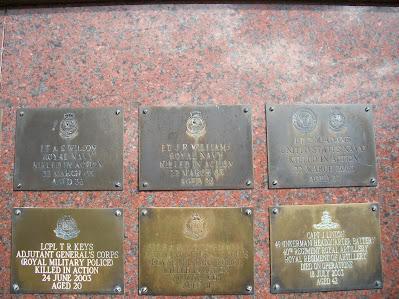 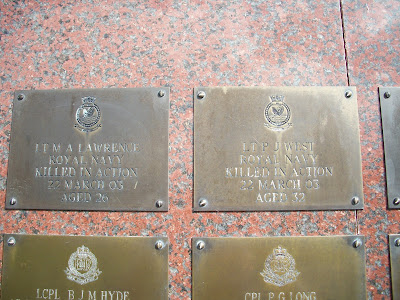 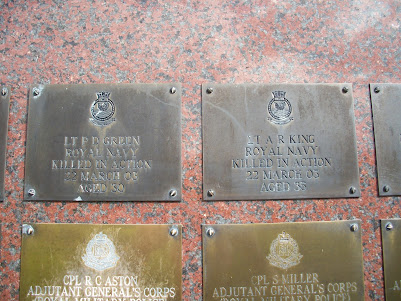 Posted by Disasters and Shipwrecks at 7:31 PM