During the Second World War there were two battleships which struck fear into any merchant ship due to their reputation. While the world marveled at the mighty Bismarck and Tirpitz and were genuinely worried at what these giants of the sea could do once their guns opened up on the helpless merchant ships, the truth was that the largest ships in the German fleet had very little action in the grand scheme of things.

But the sister ships Scharnhorst and Gneisenau had already been wreaking havoc in the allied shipping lanes. The aircraft carrier HMS Glorious had fallen victim to them in a battle off Norway in 1940 that also claimed her escort ships Acasta and Ardent. At 771ft long and a beam of 98ft the Gneisenau was a floating fortress that has often been overlooked when it comes to writing about the famous ships of the war years. 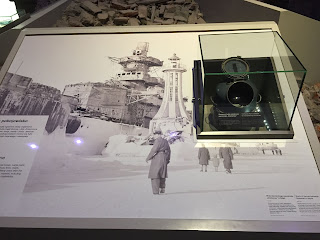 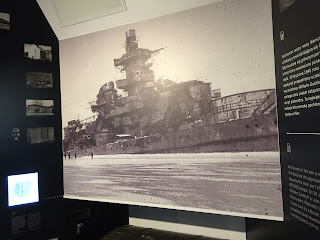 As the war progressed the Allies became increasingly concerned at the power of the two ships, air raids in Brest made the German navy make the decision to speed up the English Channel together with the heavy cruiser Prinz Eugen to the safety of German territory, but not before attacks from both the air and from a fleet of destroyers shook them up. Unfortunately for the British this had no serious impact, although ironically once they were out of the main danger the Gneisenau struck a mine and was damaged. To make matters worse she then hit a submerged wreck causing further flooding.

After repair work was completed, in early 1942 a further air raid killed 112 crew off Norway, the ship being extensively damaged. Repairs were needing to be carried out and she was taken to Gotenhafen (Gdynia) in German occupied Poland where rebuilding commenced. It was the following year that her sister ship Scharnhorst was sunk in the Battle of the North Cape with only a few survivors of her almost 2000 crew, this was not good news for the fleet. 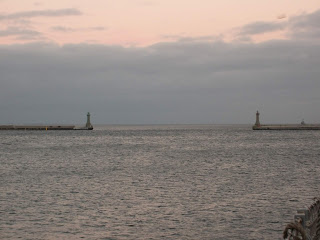 Gneisenau never left port again, Poland was taken over by Russian forces and the once mighty battleship was scuttled at the harbour entrance in between the two breakwater markers (above) as a blockship where she remained for several years until the Polish government decided to salvage the wreck in 1951 and sell her for scrap.


Posted by Disasters and Shipwrecks at 7:32 PM