Today marks 30 years since Britain was shocked by the second major air disaster in three weeks. While investigations were still only just starting at Lockerbie, British Midland flight BD092, a Boeing 737-400, had an engine fire on a routine flight from Heathrow to Belfast. Normally an airliner can land on one engine but this new type of 737 was unfamiliar to the pilots and this caused them to shut down the wrong engine.

With one engine on fire and the second shut down, an emergency landing at East Midlands airport ended with the plane crashing onto the M1 motorway just yards from the runway, coming to rest on an embankment in several pieces. 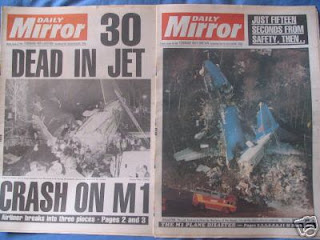 Although 47 people were killed, miraculously 79 people survived. Those survivors owe their lives to the heroic actions of the emergency services who toiled through the night to pull out the injured and get them to hospital as fast as possible. 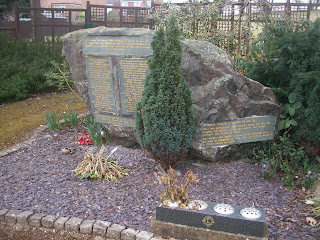 A memorial to the victims of the Kegworth crash is in the local churchyard as well as a plaque on the bridge closest to the crash site. 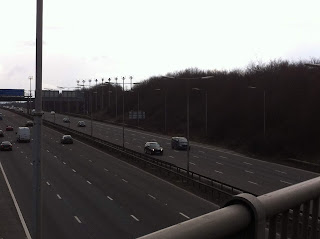 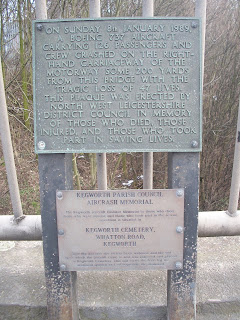 Posted by Disasters and Shipwrecks at 7:43 PM