Capsizing of the Al Dana 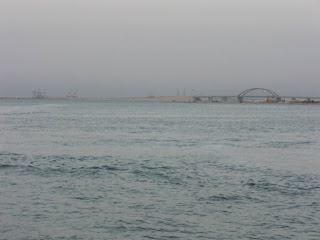 In the early months of 2006 a building appeared in the skyline of the Kingdom of Bahrain that was unlike any other building in the world. The Bahrain World Trade Center had been constructed with not only a shape that made sure it stood out from the rest, being two huge triangular “sails” back to back,  but in between the two sections were joined by wind turbines that would generate the electricity needed for the building in one of the most ambitious self-sustaining projects ever. 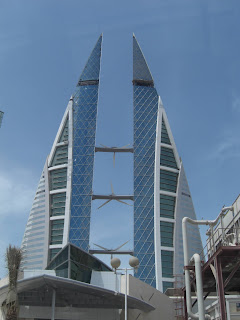 On 30th March 2006, to celebrate the construction of this building and the great achievements, the restaurant vessel al-Dana was hired to give the employees of the building company a celebratory cruise as a thank you for the effort and work put into this project. She was officially classed as a dhow, an Arabic style of vessel normally reserved for fishing boats, with the ability to sail around the calm waters of the island despite the licence only being granted with the limit to the ship staying alongside a port.

With over 120 people on board and the drinks flowing freely, the vessel slipped her lines and headed out into the waterways of Manama, the capital city.

Dangerously unstable, the dhow rocked from side to side and seemed to have caused concert for people before
it had even left it’s berth. But just a mile from shore the ship leaned over to starboard and didn’t recover.

With the depth of water being substantially shallow, the side of the ship rested on the seabed while those inside very quickly went from a party atmosphere to struggling to survive. The force of the vessel throwing every kind of furniture and eating implement to one side made it all the more difficult for the passengers to fight their way out of being pushed into the water. 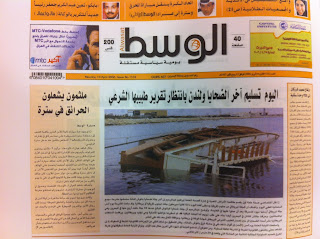 Just minutes after the sinking the Bahrain Coastguard was on scene and began plucking the lucky survivors out of the water, climbing onto the side of the ship to help drag injured and broken passengers to safety. US Navy personnel based in the area were quick to offer assistance with personnel including divers to assist the Bahraini’s.

As the rescue operation went on into the night the dreadful realisation soon became apparent that 58 people had been killed, so close to the safety of dry land too.

An investigation concluded that the boat had inadequate stability and the crew were under-trained. 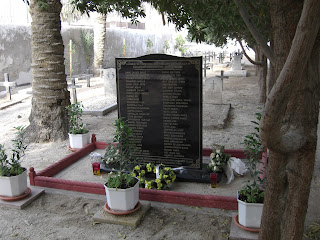 The captain and owner were later convicted of manslaughter, served a short sentence and were then deported to India. Relatives of the victims were not given compensation until 2012 after a long and continuous fight. The small amount they got may hardly have seemed worth it.

A memorial to the victims today stands at the Christian Cemetery in Manama, where around 300 people gathered for the official unveiling a year after the capsize. It is tended lovingly by the groundskeepers and is in a peaceful and fitting background, walled off from the busy traffic of the capital city.

Posted by Disasters and Shipwrecks at 10:08 AM