The July 21st Attack - When London Was Saved by a Miracle 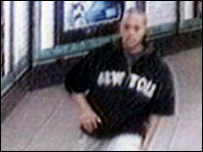 On 7th July 2005 the United Kingdom watched as the horror of a terrorist attack unfolded live on the news, three London Underground trains had suffered suicide bombings at Kings Cross, Aldgate and Edgware Road, but as the Tube stations were being evacuated and the passengers spread across the capital on the famous red buses, the fourth and final terrorist detonated his bomb in Tavistock Square. 52 people were killed and over 700 were injured.

As the investigation was still sifting through the evidence two weeks later, the Metropolitan Police had no idea that they were about to taste a second helping in the exact same circumstances. The date was 21st July 2005 and four terrorists were getting into position to cause chaos. 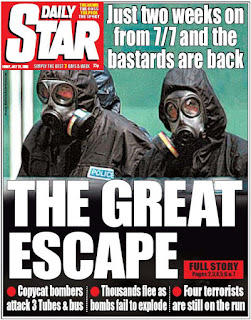 At 1226 that day the first of four suicide bombers triggered the detonator at Shepherds Bush station, four minutes later a second one at Oval station, a third at 1245 at Warren Street and, just like the 7/7 attack, a double decker bus at 1330 near Bethnal Green.

But unlike the deadly attack from two weeks ago, the bombers who made these devices had made a huge error in the chemical mixtures and not one of the bombs exploded. Each of the terrorists, shocked by the small bang and smoke that erupted from the detonator, ran off into the streets while the London Underground system was evacuated.

As each of the bombs was carefully examined by forensic officers, CCTV footage showed heroic passengers on the trains confronting the bombers and attempting to calm them down before they ran away. A huge manhunt was now underway, a hunt that would have surprising, and shocking, results. Images of the four suspects were quickly distributed to the media and the country was on high alert. Who knows if they would carry out something while on the run. The police had only a matter of time to get this right. 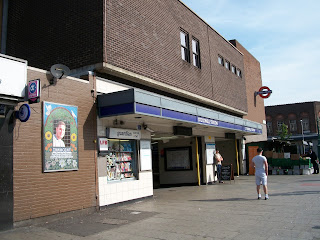 The following day a police surveillance team believed they had tracked down one of the bombers and followed him across town. To their horror he turned and walked right into Stockwell station where the armed teams ran after him. Tackling him to the ground as he boarded a train, they shot him dead. The man was Jean Charles De Menezes, a Brazilian electrician. This was a tragic case of mistaken identity and one that the police would spend the next few years trying to explain. A memorial motive is today dedicated to the life of a man who was nothing to do with terrorism yet became the only victim. 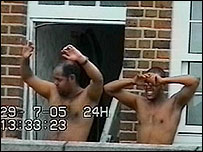 On 23rd July better results came as Warren Street bomber Yasin Omar was arrested in Birmingham, another high profile raid on 27th July saw Muktar Said Ibrahim and Ramzi Mohammed appearing on their balcony in barely any clothes, their hands in the air in surrender. Hussein Osman, the Shepherds Bush attacker, was seized in Rome and extradited back to Britain. Other suspects were taken in for questioning and some charged with assisting the bombers. One of these was Manfo Asiedu, who decided against the attacks at the last minute and left his bomb in some bushes where police would find it later. 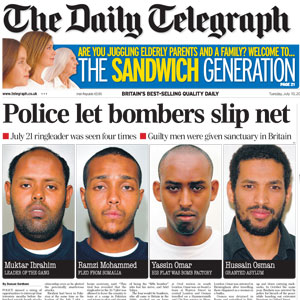 While the legacy of the 21/7 bombings was a great escape, the fallout from the shooting of an innocent man was the one thing that nobody had counted upon. But when all is said and done, four terrorist bombers on a murderous mission could have made this day so much more worse. Instead of having a memorial ceremony for a countless number of dead, we instead remember the day that a miracle saved the London transport network.

Posted by Disasters and Shipwrecks at 8:09 AM