The Race to Save the SS United States 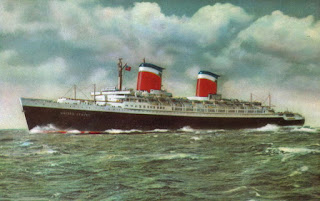 There are many ships around the world that have been turned into a museum and are today open to visitors, you will find a great majority of them are warships and submarines, the rest are smaller commercial vessels like a tug, tender, trawler or sailing ship. But how many ocean liners are today available to the public to look around and be transported back in time to a period when these great ships ruled the waves. Only three spring to mind – Queen Mary in , , SS Rotterdam in the port of Rotterdam and the Queen Elizabeth II which has only recently opened in , UAE. Both are hotels and offer the visitor a chance to live on board and dine in the fabulous restaurants and cafes as if you were floating on a calm Atlantic wave. 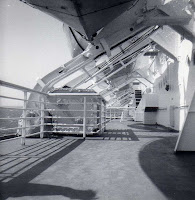 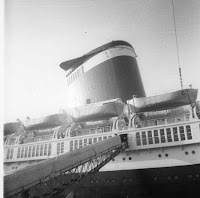 But one ship is still out there and is steeped in history. The SS United States is today alongside a pier in on the and is in dire need of restoration.

Built at and launched on 23 June 1951, she was fitted out and commenced her maiden voyage on 3 July 1952 and was an instant success with her passengers. She was 53,330 gross tons and had a length of 990 feet, making her one of the largest liners in the world. Not only that, she was thought to be the fastest, this being confirmed when she was awarded the Blue Riband for both the fastest eastbound AND westbound crossing on her first journey! 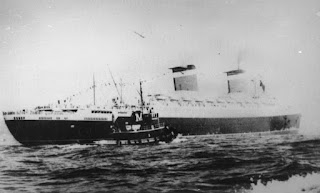 Owned by the United States Line, she was the pride of the country she was named after, her older running partner the SS America looking similar but not nearly as quick. But as the liner industry started to die out in the 1960s, the was berthed in in 1969 and there she stayed. Her owners took the vessel out of service and there began a long process of deciding what to do with her.

Following the auction of some of her interior pieces, in 1996 she was moved to her current berth in Philadelphia where she is now under the care of the SS United States Conservancy, a group dedicated to restoring her and preserving the history of this record-breaking liner. Over the years she has had much interest in somehow turning her in to a museum, a hotel and even plans to get her back to sea as a liner. 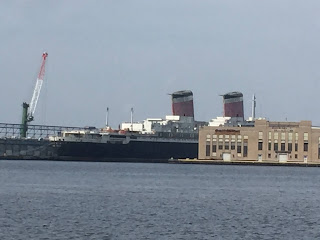 But so far nothing has happened. She sits almost abandoned and rusty, her interior gone making her a ghostly shell of what once was. In 2016 I contacted the owners to arrange to see her in return for a donation towards her conservation, but after several unanswered messages and emails they finally replied with a no. In 2017 my family and I took a drive down the road to the pier where she lay, parked up in a nearby car park and looked over in the darkened dockyard to see the sad state of this once magnificent liner from behind a wire fence.

I hope at some point there is somebody who does come along and saves her, turns her into a hotel like they have done with Queen Mary and preserve her history for future generations. If not it will only be a matter of time before she is too corroded to save and she will one day sink where she stands or be towed away for scrapping. 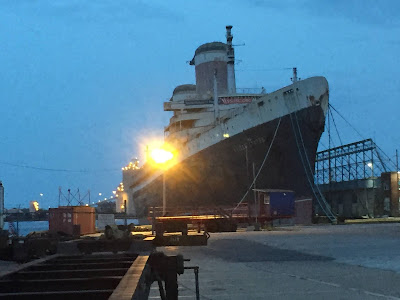 There is a dream that one day we will once again walk her decks and marvel at this glamorous liner, from a time when the golden age of these great ships was at its height. But it will take a lot of love, effort, patience and even more funding before anything like this would become a reality. For the future of the United States, we can only live in optimistic hope. 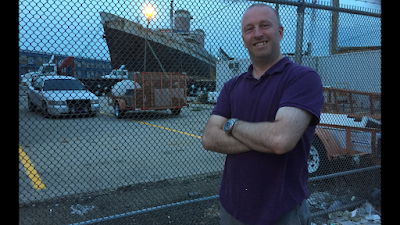 Posted by Disasters and Shipwrecks at 8:17 AM