The Greatest Shipwrecks Still to be Found 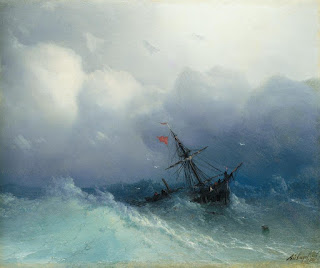 There are so many shipwrecks around the world it is impossible to document them all, some are  unknown and always will be (think Roman vessels, migrant ships and ancient trading boats). But over the last few hundred years we have come to know many of the more famous names. Ask anybody about the Titanic and the world will tell you a story, the Mary Rose is in a museum for all to see and the Bismarck was always one to admire whether friend or foe. All of these wrecks have been found, photographed and in some cases salvaged. So how many of the more famous wrecks are still waiting to be found? With the recent discoveries of the USS Indianapolis, HMS Erebus and HMS Terror the list is getting shorter. So here are a few of those still to be found. 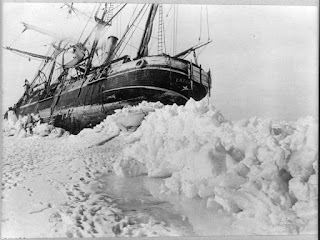 HMS Endurance - In 1914 as the First World War was in the early stages, Ernest Shackleton took a crew to the South Atlantic on board the Endurance to explore the Antarctic ice. What was expected was the ship to get stuck, what wasn't planned for was the ship to remain stuck. A year after her last port visit on the island of South Georgia the ship wreck crushed until finally she went down. Thankfully the entire crew were alive and the ship took that long to sink (months rather than hours) that they were able to take everything from the ship that they needed. But now Shackleton and his 28 men had to make their way on foot. The next year would bring hardship, freezing conditions and most likely misery. A sea journey in one of two ships boats led them to an island where several stayed. A further boat journey to South Georgia found them on the opposite side of the island to where civilisation was. A trek across the terrain led to a knock at the door of the whaling station, the owner amazed at the person who greeted him. He had been given up for dead after not being seen for two years. This story of survival has gone down in legend, his entire crew were later picked up from where they had been left and their faces making headlines worldwide. Despite several wreck hunters, including David Mearns, expressing their wish to search for the wreck of Endurance, she has so far been elusive.

General Belgrano - In 1982 the Argentine junta invaded the Falkland Islands and the response by Great Britain was to send a fleet of over a hundred ships to take them back. In the early stages of the conflict an exclusion zone was set up around the islands with a warning that any ship found here would be sunk. On 2nd May 1982 word was received of a fleet of Argentinian ships in the area just outside the zone but en route to an attack position. Near to the fleet was the submarine HMS Conqueror who had been shadowing the ships for several days. One of the ships was the ARA General Belgrano, an old cruiser from World War II that had previously been called USS Phoenix and was the only ship to survive the attack on Pearl Harbor unscathed in 1941 (there is a famous photo of the Phoenix surrounded by burning ships during the attack). With the information relayed back to the UK, the order came from the Prime Minister to sink the General Belgrano. Two torpedoes found their mark and the old cruiser went down with the loss of 323 lives. In 2003 an expedition was launched to locate the wreck failed because of bad weather, but on board were veterans from both sides of the conflict who became friends during the search for the remains. Like many who were there to this day, unlikely friendships were made once the war was over and hopefully over time we can once more look upon this historic vessel. 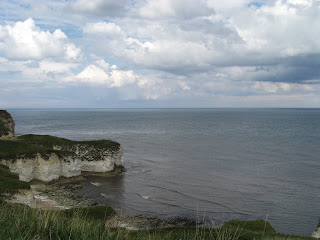 Bonhomme Richard - During the War of Independence the first ships of the United States Navy consisted of small converted traders loaded with guns, one of these was the former East Indiaman Duc de Duras. On board was Scottish sailor John Paul Jones who had fled from Britain after a couple of voyages which had ended with a controversial death on each. Now he was captain of this ship and it was renamed Bonhomme Richard. Together with the Pallas, Alliance and Vengeance, the Bonhomme Richard was sailing the North Sea when, on 23rd September 1779, they came upon a British convoy which was protected by HMS Serapis and Countess of Scarborough. Allowing the convoy to escape, a huge battle off the East Yorkshire coast began. What became known as The Battle of Flamborough Head, the Bonhomme Richard was mortally wounded, but not before Jones boarded the Serapis and took control. With his ship sinking he sailed away victorious, both British escorts captured and only one of his ships lost. But since that day the ship has never been seen again. Famous novelist Clive Cussler has tried four times to locate the wreck but was not successful, other local divers have claimed to have found a wreck but nothing that 100% links it to the American ship. The most detailed expeditions began in 2005 when the Ocean Technology Foundation began a search, they have continued this search over the last 15 years and have several interesting targets, but as it stands the whereabouts of the wreck of Bonhomme Richard is still unknown. 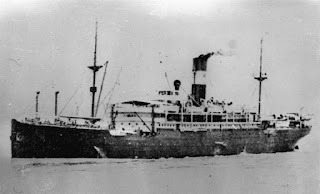 Waratah - One of the greatest sea mysteries is that of the liner Waratah. She sailed from Durban on 26 July 1909 heading to Cape Town with 211 passengers and crew on board, this voyage being only her second voyage, the return trip from her maiden voyage to Australia just months before. Sailing into heavy seas and strong winds, several vessels saw her but on 29th July she never arrived at her destination as planned. A full search and rescue was launched but nothing was ever seen of the Waratah again. Wreckage later found could never be proven to have belonged to her and so she entered the realms of history as a ship that had vanished with all hands. One man who was determined to find out the truth was explorer Emlyn Brown who searched for the wreck from the early 1980s right up until 1999. He did locate a wreck that he thought was the missing liner but this turned out to be the  cargo ship Nailsea Meadow, sunk in World War 2. As it stands the Waratah is still listed as missing without a trace. 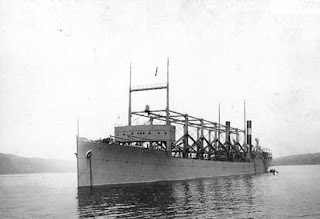 USS Cyclops - The coal collier Cyclops has become the most famous victim of an area known as the Bermuda Triangle due to the huge loss of life. 306 people were on board the Cyclops in March 1918 when she was heading from Rio de Janeiro to Baltimore when she developed an engine fault and had to stop at Barbados where she was inspected and ordered to return to the United States. On 4th March she sailed for Baltimore once again and vanished into thin air. No sign of the Cyclops has ever been found, no wreckage floated ashore, no bodies washed up, no distress calls. Many theories have been put forward as to what happened to the ship ranging from a German attack (it was still wartime) to the more outlandish theories involving supernatural happenings. But no trace has ever been seen of the worst US Navy loss that does not involve enemy action. With the recent discoveries of another Bermuda Triangle victim, the Cotopaxi, it is hoped that one day the mystery of the loss of the Cyclops will one day be solved. 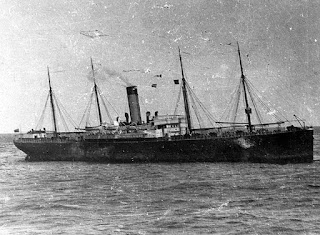 Californian - During the sinking of the Titanic on the night of 14-15 April 1912 one ship was closer than the rest of the ships that were speeding to the sinking liners aid, that ship was the Leyland Liner Californian. There was a problem though - the Californian was stopped in ice, her sole radio operator was in bed and her officers were confused about the distress signals they were seeing. The next morning the full horror of what had happened less than 20 miles away (this figure varies in reports) became apparent and the captain, Stanley Lord, spent the rest of his days trying to explain the ship's actions that night. The hero of the night was the Cunard liner Carpathia who rescued all Titanic's survivors, but this was only a third of the people on board. As the years went by, both Carpathia and Californian were sunk by torpedoes in the First World War. It was hit by torpedoes from two U-boats off Cape Matapan, killing one person. With Carpathia located, it is on a list of Titanic-related vessels that were later sunk and still remain undiscovered. 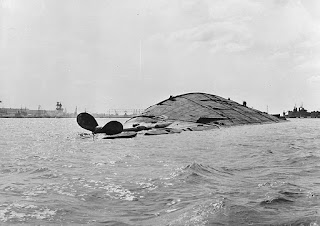 USS Oklahoma - The dramatic attack on the US Navy base at Pearl Harbor, Oahu, was an event that stunned the world and drew America into the Second World War within 24 hours. One of the ships that sank that day was the battleship Oklahoma, a 27 year of warship that had taken several direct hits and had rolled over where she lay at anchor, killing hundreds of her crew. With an unsuccessful attempt to locate survivors, the final toll was 429 dead just from Oklahoma, 3000 in total died in the overall attack. The upside down wreck was later salvaged in 1943 but she was deemed too damaged to return to active service (most of the ships sunk were repaired). The wrecked ship was taken away to be scrapped in 1947 but during the voyage she hit rough weather under tow and sank. As it stands no expedition has ever announced a search for the wreck.

U-110 - The Second World war saw over 700 German submarines lost with 30,000 of her crews, so finding a U-boat that was lost with a famous story is not hard. But for the U-110 it was the sinking of her that turned the tide of the war. It was 9th May 1941 when the submarine was under attack by British warships dropping depth charges and forcing her to the surface. As the sub was sinking, her crew abandoned U-110 and were rescued by the British, but not before it was realised that she was not sinking as fast as her crew had first thought. A boarding party from HMS Bulldog was sent over and found the jackpot - an Enigma coding machine and the code books to go with it. These items were raced back to Britain and handed over to the experts at Bletchley Park. For the damaged U-110, she was taken in tow but sank mid-Atlantic, her legacy being that of utmost secrecy, the Germans always believing she had been lost on patrol with all hands. 15 of her crew died, 32 others were taken to prisoner of war camps. The Enigma was vital for the interception of the German naval codes and is said to be a turning point in the war.

Merchant Royal - Of all the wrecks in the world, the cargo vessel Merchant Royal is considered the most sought after, due to the amount of treasure said to be on board at the time of her loss in September 1641. She had set out from Cadiz to London loaded with all kinds of gold after a trading expedition with the Caribbean which had lasted over two years. As she approached Lands End a storm was hitting the coast and the vessel was lost with 18 hands, her sister ship in company with her close by recorded the sinking in her log. Since then there have been several expeditions that have been fruitless, but in 2019 it is said that an anchor snagged in a fishing vessel came from the Merchant Royal and therefore out of all the lost ships listed here, it is possible we may see the wreck of this rich vessel sooner than we think.

Posted by Disasters and Shipwrecks at 8:30 PM