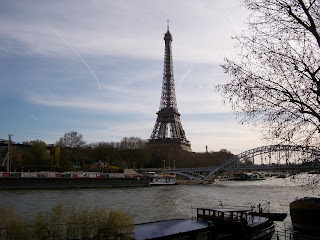 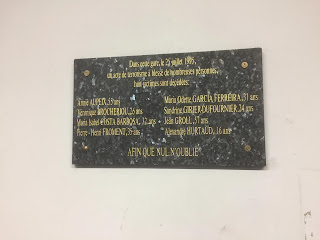 The French capital Paris is full of memorials and plaques commemorating and remembering events that have occurred, some of which hit the headlines, others which have been forgotten by all those but the few people it affected at the time. On 10th April 2018 my plan was to head into the city early and try and seek out as many as possible. I did not expect to cover as many as I did in one day!
The city itself is hollow, with a Swiss-cheese style set of tunnels and catacombs underneath the streets. Now and again holes will open up to reveal a huge gap in the garden of some unsuspecting resident or inadvertantly swallow up a four storey house as swiftly as a demolition charge had gone off.
My first visit of the day was to a railway station on the world famous Metro underground. One of the largest subterranean railway networks in the world, the stations have had their fair share of tragedy over the years.
On 25th July 1995 a bomb exploded on a train on the city's underground rail network killing eight people and injuring over 100 more. 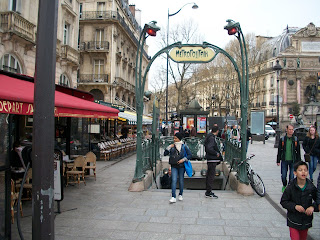 Outside the entrance to the station the bar Le Depart Saint Michel was used as a temporary casualty centre where victims were tended to before being rushed to hospital. If it wasn't for reading the papers regarding the attack from 1995 nobody would ever know this, nothing is here to suggest anything happened here, a memorial plaque lists all the victims near the platform that links Saint Michel to Notre Dame. The attack was blamed on Islamic extremists, several of whom were killed, captured or jailed.

Just yards away from the site of the bombing is the bridge across the River Seine known as the Pont Saint Michel which was the scene of an incident on 17 October 1961 between Algerians protesting against the war and the local police who were sent out to deal with them. Tensions heated up between the two sides which culminated in the extreme heavy handed police not only turning the protest into a battle, but turning the battle into a massacre. 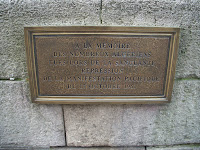 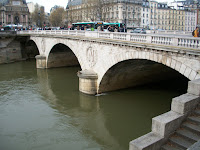 Dozens of Algerians were beaten and thrown over the side of the bridge into the river below. It would be covered up with only rumours circulating as to the extent of this murderous rampage. It would be 1998, thirty seven years after the massacre that the government would acknowledge the deaths of 40 people, the claims that it ran into hundreds has never been fully proven or acknowledged. A plaque on the bridge was opened in 2001 finally commemorating the vast number of unknown victims. To date, nobody has ever been prosecuted for what is now an embarrassing piece of French history. 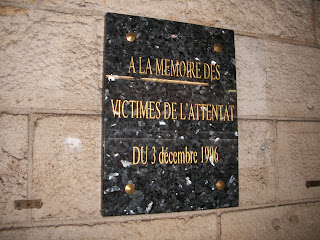 Away from the Saint Michel area another terrorist bombing bearing the same credentials occurred on 3rd December 1996 at the Gare de Port Royal. In this attack four people were killed, a small memorial plaque on the platform simply states "To the memory of the victims of the bombing of 3rd December 1996." 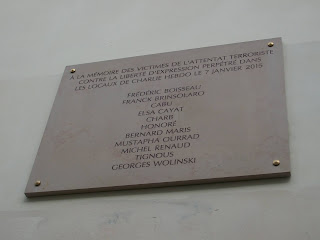 With the tragedies of the past fading from living memory as the years go by, the events of the present day are forever relived. It was 2015 when Paris was suddenly thrust into the spotlight in two major terrorist attacks that left the country reeling with shock.

On 7th January 2015 two brothers opened fire at the offices of the satirical magazine Charlie Hebdo, a publication that had previously insulted the Prophet Mohammed in an issue and had come under attack several times but nothing too serious. This time it was a full blown terrorist attack by operatives of the group which was by now making it's name as ISIS and launching wave after wave of bombing and gun attacks around the world. 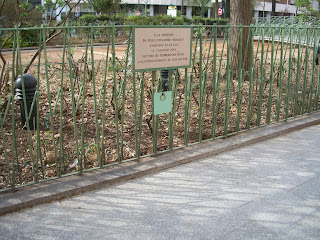 As bullets were sprayed around the building, eleven people were killed before the brothers left the building and headed outside.

In an incredible act of heroism, a police officer confronted them and was shot and injured. What happened next was caught on camera in a scene that was front page news around the world as the brutal terrorists shot him dead as he lay injured. 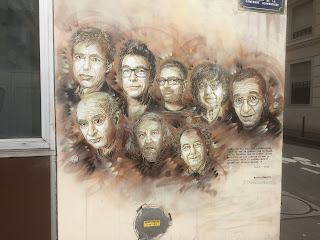 But the attack continued even after the two men had made their escape. A police officer was shot dead the following day by an accomplice, it soon becoming apparent that there were three or more attackers.

On 9th January two different sieges were taking place, the two brothers in a warehouse with a hostage and the third in a Koser supermarket with customers being held. The resulting hours saw explosions in the supermarket broadcast on live TV, four of the shoppers declared dead as well as all three terrorists. Three days of attacks and the huge manhunt was now officially over.

Raids were carried out and at least one other suspect was identified as having made their escape from the scene. Acts of unity by the people of France saw marches of peace through the streets of Paris like never before. The phrase Je Suis Charlie being adorned on every banner, badge, shirt and flag. The victims of the attacks - 17 in total - were treated as martyrs for the inherent right to freedom of speech.
The street where the Charlie Hebdo office attack took place now has a memorial plaque for the 11 people who died there as well as artwork on the outside walls commemorating them.

The police officer who was shot dead as he lay injured was named as Ahmed Merabet. He was hailed a hero for his part in attempting to take on the gunmen and a plaque now marks the spot where his life was cut short so publicly and tragically.

With the attacks on Charlie Hebdo a bad start to the year, it was celebrations on 13th November when news came through that the notorious ISIS terrorist known as Jihadi John had been killed in an air strike in Syria. He had shot to notoriety when he appeared in videos where he would behead his victims on camera in the name of ISIS.

But this news was overshadowed by what would happen just hours later. That same night Paris suffered one of the worst terrorist attacks to ever hit the western world. A series of gun attacks and suicide bombings struck first at the Stade de France during a friendly football match between France and Germany, attended by President Francoise Hollande. Three bombers and one civilian were killed. 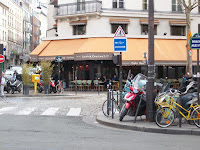 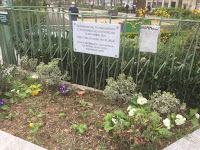 Over the next four hours terrorists continued their murderous rampage at the Cafe Bonne Bierre...
(A memorial plaque over the road from the cafe with a flower bed, left) 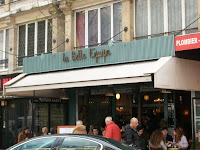 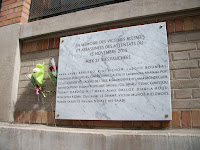 
(Another over-the-road plaque, this on the wall of a church left) 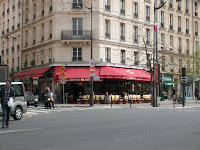 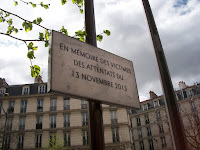 
(This plaque has it's own pole....never seen one like this before) 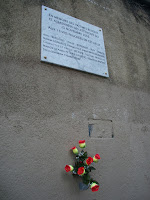 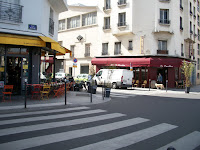 Finally in the worst of all the attacks that night, they opened fire inside the music venue Bataclan. 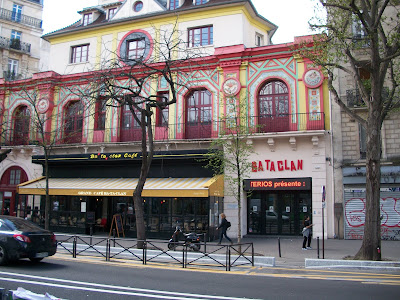 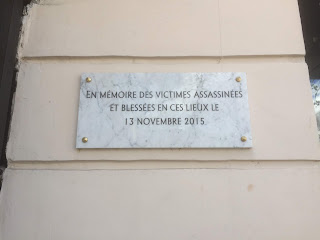 It was here that there was due to be a night of entertainment by the rock band Eagles of Death Metal, as their music boomed out of every speaker the noise was soon overtaken by the sound of gunfire. The resulting siege and bloodbath saw 90 people killed in this one venue alone.
By around 1am on the morning of 14th November the attacks were over and the cost of the attack was staggering - 130 people were dead.
At the entrance to the Bataclan today is the smallest of the memorial plaques considering this was the largest of the six attacks.

It soon becomes apparent why this is.....

Directly opposite the venue is a park area where a memorial lists all those killed in the Bataclan attack. 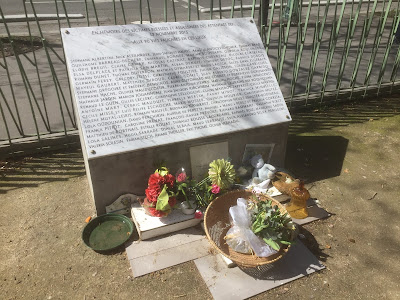 Memorials today are dotted around the city, I managed to visit five of these, the stadium being too far away to visit in my limited time. I am hoping to pay my respects there another day when I return.
In the coming days and weeks that followed the attacks the Place de la Republique became a central place of mourning. Flowers piled up and messages of grief and solidarity were spread in the tributes that appeared out of nowhere.

It seemed only fitting that once the tributes had been removed a more permanent memorial to the attacks would be placed there in the form of a stone slab (Below). 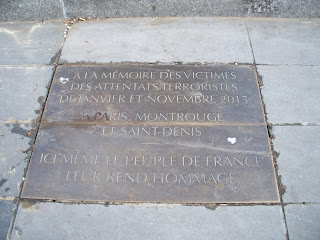 So ended my tour of the memorials of the French capital. It was both emotional and fascinating to see how the victims of these acts of terror are remembered. The people of Paris have suffered gun massacres, suicide bombings, train crashes, fires and even the death of a Princess. It is inevitable that events like this will happen again in this remarkably strong and resilient city, but the way the people of Paris commemorate it will always have the city set high up there with their people as a place of solidarity and remembrance.

I hope to return to Paris to continue my research and dig deeper into those tragedies which are not yet remembered. Until then we continue to pay our respects to the people who died in the city so that others may live.

Posted by Disasters and Shipwrecks at 2:34 PM