Burning of the Bianca C 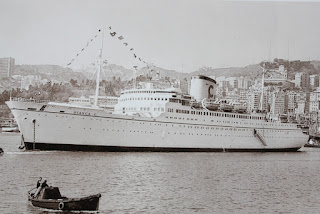 The Caribbean island of Grenada is a paradise for those tourists who are looking to relax and have a good time on holiday, the countless cruise ships bringing visitors all year round and the local diving clubs giving you the opportunity to experience one of the top ten wreck dives in the world.

Known as the Titanic of the Caribbean, the liner Bianca C was a passenger ship that plied her route around South America and the West Indies in the newly established tourist cruise line industry. It was getting obvious that passenger liners were becoming a thing of the past with the introduction of jet airliners so the ships around the world were refitted out as floating hotels for visitors to explore the world on holidays. 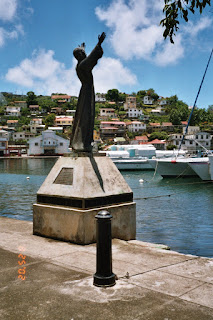 At around 600ft long, she was built during the Second World War in France but as she was being completed in 1944 she was scuttled by the retreating Germans to prevent allied hands getting hold of her. Salvaged and eventually completed in 1949 she went through a host of name changes before the cruise line Costa acquired her in 1959 and renamed her Bianca C.


On 22nd October 1961 an explosion in the engine room off Grenada killed a crew member and injured several others. She had only the previous day departed from Venezuela with over 700 people on board, all of whom now were evacuating the ship into the tiny fishing craft that had raced from St Georges Harbour nearby to assist. 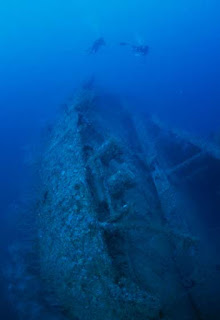 Despite the raging inferno below decks, incredibly everybody got off the ship alive (except for the initial victim of the explosion) but an attempt by the warship HMS Londonderry failed after a boarding party were sent on board to try and save the vessel. She slowly took on water and listed further over until, when only a mile from the beach Bianca C sank on 24th October watched by locals lining the coast.

A statue of Christ of the Abyss was donated to the people of Grenada by the owners of Bianca C in gratitude of the assistance showed when the people were evacuating their ship. That statue today stands at the harbour looking out to sea.

The wreck settled upright on the seabed and is considered one of the top ten wreck dives in the world with the top being just 30m from the surface. With the incredible depth down to the seabed it is a magnet for both inexperienced divers and technical divers alike to enjoy. Although the propellers are long gone (salvaged in the 1970s), the visitor can still hover over the upper deck where the funnel once stood, swim over the pool that once had sun beds surrounding it full of passengers enjoying the sea breeze and hot Caribbean sun. 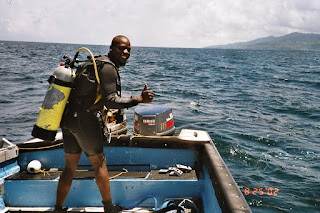 In 2002, as an Advanced Open Water Diver, I was able to take a trip to this amazing wreck from a small inflatable dive boat. The local guide directed me to some of the sites on the wreck while we were at the surface and although it was an incredible experience, it seemed to be over as soon as it had begun. The clear blue water and the image of a wall of steel coming towards you reminded me of Robert Ballard’s account of his first discovery of the Titanic, it is an experience I will never forget and I hope if I get the chance to revisit this wreck it will be at the top of my list of things to do.

Posted by Disasters and Shipwrecks at 7:16 PM