Tragedies at the Fords Theatre 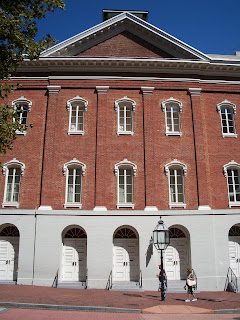 The American Civil War had been raging for four years and had cost the lives of thousands of soldiers, sailors and civilians on both the Union and Confederate sides. When the conflict was finally over and a Union victory announced, the President of the United States of America, Abraham Lincoln, could finally pat himself on the back for a job well done. Only six days after the official ending, he decided to go and see the play Our American Cousin at the Ford’s Theatre in Washington DC.

With him on the evening of 14th April 1865 was his wife Mary and guests Major Henry Rathbone together with the Majors fiancée  when they settled to enjoy the play. Unbeknown to any of them was the presence of a man who was hell bent on kidnapping or even killing Lincoln in order to give the Confederates another chance, believing the war was still winnable. 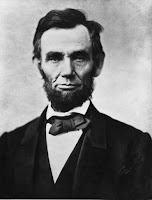 John Wilkes Booth was a 26 year old actor who had waited for a chance like this to come, getting close to the President and showing the world that the fight was still ongoing. He approached the private theatre box where the small group were watching the beginning of the final act, pulled out a gun and shot Lincoln in the back of the head. As the sudden chaos erupted, Major Rathbone attempted to tackle Booth and was stabbed for his efforts. 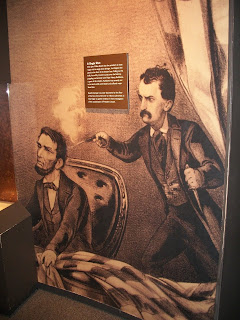 Booth leapt over the box opening onto the stage below brandishing his knife, shouting out to the audience “Sic simper tyrannis” – Latin for Thus always to tyrants. With the theatre in shock and the two victims being tended to immediately, Booth made his getaway into the night.

Abraham Lincoln suffered immediate blood loss and was carried out of Fords Theatre and over the road to the home of William Petersen, a tailor. There he was placed on a bed and despite efforts to save him, the President died the following morning.

John Wilkes Booth was cornered on 26th April 1865 in a farmers barn where a shootout with pursuing soldiers later that day killed him. With the absence of a trial the final truth of what was going through his head will now never be known. 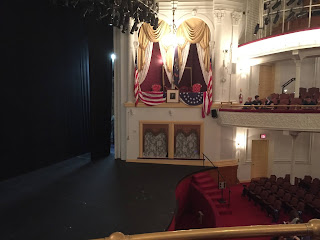 Fords Theatre was infamous from that moment on as the place where the 16th President of the USA was murdered, but the story of the theatre does not end there.

At the time of the assassination it had only been open two years but now it was prohibited by the US Government to be used as a place for entertainment and was instead taken over by the military to be used as a records department.

On 9 June 1893, while 490 people were working in the building, a large section of the internal structure collapsed during work on the foundations. The disaster killed 22 people and injuring another 68. 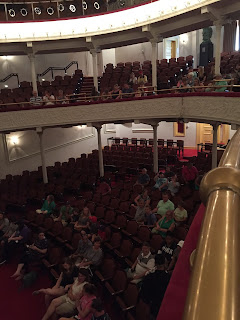 The building was later repaired and used as a warehouse, but in 1932 it was finally decided that the whole area was to be used as a museum dedicated to Lincoln and so ownership would be transferred to the National Park Service the following year.

Today this iconic structure is again used as a theatre, although the presidential box is never used. Instead it is set out much the same way as it was in 1865 with a picture overhanging the place where Lincoln himself looked over to see the stage. Artefacts from the time are on display in the museum below including the gun that was used in the murder. Across the road Peterson’s house is also a museum so that the full story of one of the most famous assassinations in history can be told.
Posted by Disasters and Shipwrecks at 11:31 AM