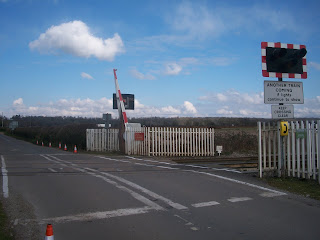 The village of Ufton Nervet lies six miles from the town of Reading and for many years was a very quiet area with empty roads and only the sound of the odd car or train passing through that would disturb the silence.

On 6th November 2004 the level crossing was visited by 48 year old hotel chef Bryan Drysdale. After driving down the country road he slowed down at the crossing until his car came to a complete stop on the railway tracks where he turned off the engine and sat waiting for the next train to come. His intention was to commit suicide.

He had become tormented by his own thoughts, convinced he had HIV and was becoming more and more mentally unstable, struggling with his sexuality. Today he was going to end all this for good. But what he didn’t take into account was what the impact of a high speed train hitting a car would do and just how much damage his action would be responsible for. 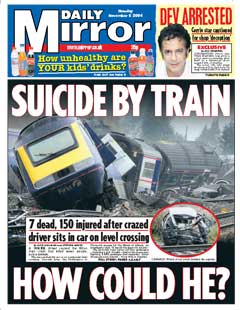 With almost 200 passengers on board, the 1735 from London Paddington bound for Plymouth sped down the line, the driver seeing the car and taking the correct actions to try and stop the train in time, but it was impossible to not collide at that speed. At 1812 that evening the front of the train slammed into Drysdales car and immediately derailed all eight coaches.

Calls immediately went out to the emergency services with 20 ambulances, 14 fire engines and a host of police and other rescuers flooding the scene. The wreckage of the train resembled a child’s toy thrown to the other side of the level crossing and left in a heap.

Drysdale died instantly, the driver of the train was dead as were five of his passengers (one of whom died in the hospital later). Another 66 others were injured, a dozen of them seriously. It was a miracle that so many others were uninjured physically. 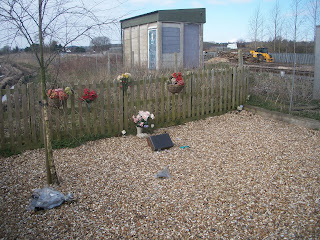 The official investigation blamed the car driver for the crash, returning a verdict of suicide for Drysdale and unlawful killing for the six train victims.

Over the years there were four more fatalities at the crossing causing locals to push for a bridge to be built over the crossing, this was made a reality and opened in December 2016. 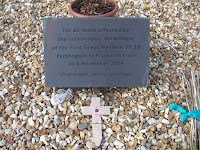 At the site of the disaster a simple memorial which I visited in 2013 pays tribute to those who died. This has since been turned into a memorial garden with a circular bench as an Area of Reflection, a place where those who want to remember the victims of both the rail crash and the subsequent deaths can do without the interruptions of traffic.

Ufton Nervet is now once again a peaceful place.

Posted by Disasters and Shipwrecks at 4:09 PM