A previous blog entry of mine has shown just how many sunken German U-boats litter the seabed off the Yorkshire Coast but it was the victims of these steel sharks that took the biggest toll. In the years of both World Wars you could not go a day without a major attack on shipping somewhere in the world and what better place to prowl and hunt for unsuspecting victims but just a few miles from the land. A great many of these ships would hug the coast and use the landmarks for navigation, their own lights being extinguished so as to remain unseen. 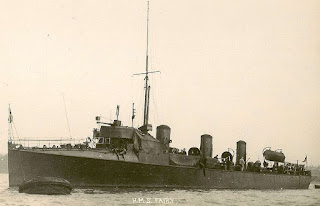 HMS Fairy was a 21 year old destroyer which was small by the usual standards and spent many a day patrolling the coasts and protecting convoys. On 31 May 1918, when, off Flamborough Head,  the submarine UC-75 was sighted by a convoy and rammed it was damaged enough to come to the surface where the Fairy turned towards her and delivered the final blow using her bow. The impact did the job but this also spelled death for the Fairy. Two of the submarine crew leapt on board the warship during the collision and survived. From that moment though the Fairy was unable to be saved and she joined the U-boat on the seabed not long after.

The wreck of Fairy was located and various artefacts taken from her by divers. A recovered gun stood on Bridlington Harbour on the south side in front of Rags Restaurant for many years before it was removed and placed in storage. 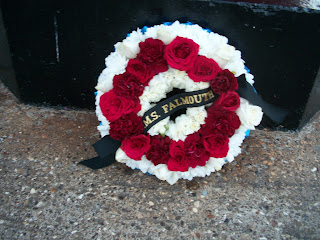 Another warship sunk nearby was the light cruiser HMS Falmouth. Only six years old she had already seen action in the Battle of Jutland and now found herself just a few miles from Bridlington suffering from a torpedo strike from a submarine. It was 20th August 1916 and the fight to save the ship from sinking had taken its toll with one crew member dead and the order to abandon ship given. As the ship went down one of her boats floated free and drifted off out to sea, being picked up two days later.


Falmouth was a popular dive site for many years but today she is very broken up on the seabed.
On the 100th anniversary of the sinking a 3D online model was constructed showing what the vessel looked like today compared with when she was in her heyday. Historic England made this vessel the first of many shipwrecks around the UK that would be recorded in this way to help preserve the history of these wartime relics so that we can remember what happened even after the ship itself is long gone. 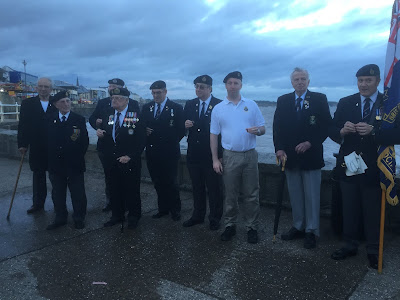 On 20 August 2016 the members of Bridlington Royal Naval Association led a short memorial ceremony to remember the loss of Falmouth and to splice the main-brace in tribute to all those lost at sea off the coast. A minutes silence and the ringing of the bell salvaged from HMS Speedy ensured that the passing of the centenary did not go amiss. 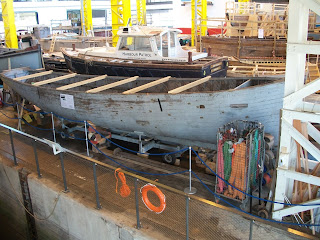 The boat that floated free from the sinking Falmouth is today in Portsmouth Historic Dockyard in the huge sheds where tourists can walk in and see the collection of different small vessels being worked on to help preserve them and to tell the story of what happened to this particular boat over a century ago. Having the ability to not only see this vessel but to have taken part in the centenary memorial is not only a privilege but an honour. We can only hope that the stories of these warships will be told in the future long after the memories of the centenary have faded away.


Posted by Disasters and Shipwrecks at 9:31 AM