Holland I – The Wreck of the First Royal Navy Submarine 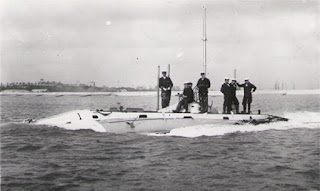 The start of the 20th Century saw an arms race like never before, with the building of the new Dreadnought style battleships not only in Britain but in Germany and America and new weapons that seemed too complicated at first glance. The idea of a boat that could go underwater had been toyed with for years, the successful sinking of the USS Housatonic by the Confederate submarine Hunley during the American Civil War showed that it was possible to defeat an enemy in complete secrecy – despite both the target and the submarine sinking during the attack.

The Holland Class submarines were constructed in absolute secrecy but only after the USA had announced their own Holland boat based on the same design, forcing the Royal Navy to hurry their own vessels through the production process. The result was the Holland I and would closely be followed by II, III, IV and V. 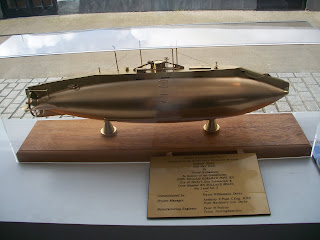 By 1902 the tiny sub had arrived in Portsmouth and was officially part of the navy’s first submarine flotilla, complete with a tender and one other Holland boat that had also been completed. At just less than 64ft long, this steel contraption consisted of a petrol engine that turned the single propeller a speed of just 7 knots. Eight crew could fit inside but working in comfort was something the occupants could only dream about. She could dive to a maximum depth of around 100ft and could carry up to three torpedoes to fire out of her single forward tube.

She was activated to chase the Russians after the infamous Dogger Bank Incident of 1904 when warships sank a fleet of trawlers in the North Sea but by the time the Hollands and their squad of A-Class subs left port the Russians were long gone.

Although these submarines were experimental they were plagued with problems. They did not venture far from land before breaking down and having to head back and in one incident on Holland I in 1903, an explosion injured four people. 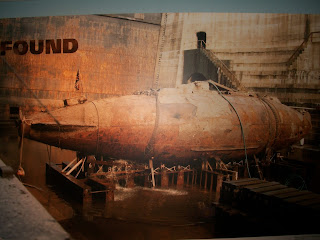 With no real use for the Hollands they were decommissioned and sold for scrap. Holland I was towed away and encountered bad weather, flooding and sinking just over a mile from Eddystone Lighthouse, Cornwall.

The sub was forgotten about until historian Michael Pearn located the wreck in 1981 and began plans to salvage her, gaining permission and getting a crew together within a year. When she was finally out of the water in 1982 a long process of restoration began which involved coating her in chemicals and later having to be completely submerged in a tank of sodium carbonate solution.

One amazing fact was that the subs batteries, once restored and cleaned, still worked when recharged! 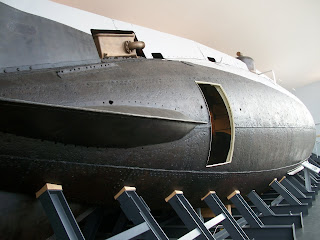 Today the Holland I has been completely restored and is now on display at the Royal Navy Submarine Museum in Gosport, Hampshire. Visitors can go on board and see for themselves the cramped conditions that the crew would have had to endure and touch the controls which had sent this boat to sea a century before and learn about this incredibly experimental craft and how it led to the permanent introduction of submarines as a part of the Royal Navy today. 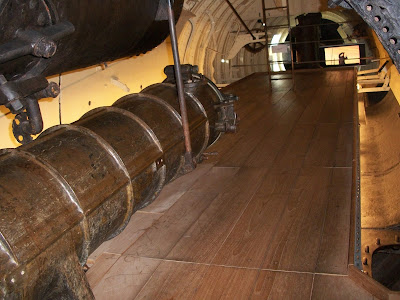 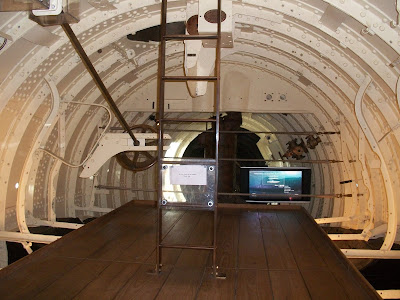 Posted by Disasters and Shipwrecks at 4:20 PM