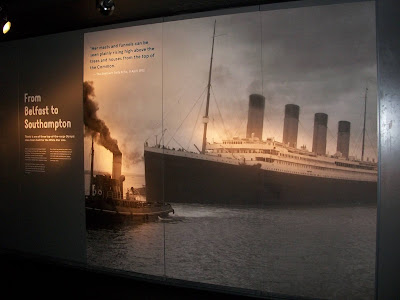 When the grandest ship in the world became the most shocking sea disaster of her time it was obvious that the shock of this event would reverberate across the globe but nobody could ever guess just how much so even over a century later.

The major cities of the UK and USA had been key players in the life of the Titanic – the crews came from Belfast, Liverpool, Southampton and London whereby the passengers came from all around Ireland, France, various European countries all heading to New York, some of them to make a better life for themselves, others returning to their homeland.

So it would be inevitable that memorials to the 1500 victims of this shocking disaster would spring up across both sides of the Atlantic and I have had the privilege of visiting many of these over the last 20 years. 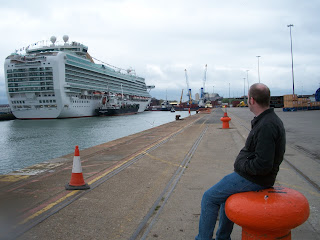 I will start in the place that is very close to my heart – Southampton. At the very south of England this maritime city has seen liners depart from it for as long as can be remembered. The famous names of Majestic, Olympic, Queen Mary are just a few of those that stir up memories, but all anybody ever links this with is the tragic Titanic. There are few cities around the world that can share the link with this famous liner - Belfast, Cherbourg and Cobh are the only other places where the ship visited in her short time on the worlds stage. 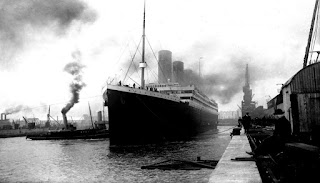 I made my first visit to Southampton when I attended the 1997 British Titanic Society Convention and continued to visit throughout the years until I eventually got married to a local girl and now I can say that my favourite city is my home! In a rare entry into the dockyard, I visited the exact spot where Titanic sailed from and propped myself up close to where the famous photo was taken a century ago of another unknown man doing the exact same thing. 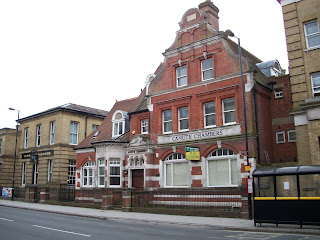 With over 700 crew members living here it would be the hardest hit when it came to death toll. The map of the streets were lined with houses that were in mourning, the offices of the White Star Line today (right) look abandoned, nothing like the day the news was broken on 15th April 1912 to announce the loss of this magnificent liner and most of her occupants. Crowds gathered for news here and lists were pinned up of names of survivors, tears of relief were mixed with sadness as one by one the relatives of those on board would know the truth. 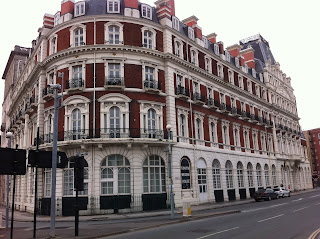 Just across the road from Canute Chambers is an apartment complex known as South Western House (left). Back in 1912 this was a hotel that the 1st Class passengers stayed with it being so close to the entrance to the dockyard and within sight of the Titanic at her berth. Although the memories of this hotel are long gone, a plaque nearby on the pathway commemorates the fact that she sailed from here never to return. 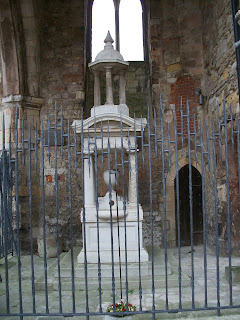 Up towards the city stand the remains of Holy Rood Church. Bombed during the Second World War it was left a ruin to serve as a memorial to sailors of the Merchant Navy that have been lost at sea throughout the years. Behind bars underneath the clock tower is a stone memorial to the crew of the Titanic, an etching of the ship slowly fading with time but still there for all to see. The monument is lit up at night and visible from both inside and on the outside, having been moved from a previous location due to vandalism. 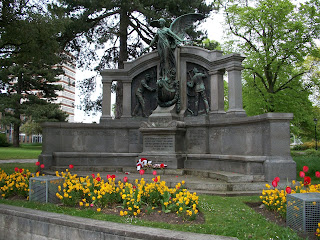 A tiled wall on a nearby block of flats is the next stop, commemorating the dockyard workers, others nearby show the Queen Mary and several other maritime links to Southampton.

At the very top of the town at East Park is the largest of the memorials (left), this one is to the engineers who fought bravely till the end to keep the lights going and the last ditch attempts to summon help. Their actions no doubt saved countless lives but tragically none of them were to live to tell the tale. A huge angel now looks over two of the “black gang” working hard to give every minute more while they still have the strength to do so. 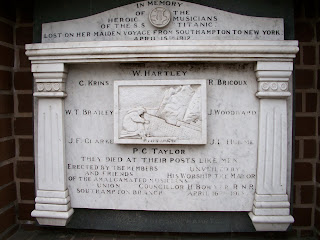 At the junction less than 100 feet away on the wall of the solicitors Paris Smith is another plaque. This is the second of such, the first one being destroyed during the last war, to the musicians. The 8-man band played their instruments till the end in an attempt to calm the passengers evacuating the sinking ship on that freezing cold night and showed no attempt to save themselves. Their bravery went down in history to be told in almost every film ever made about the sinking. 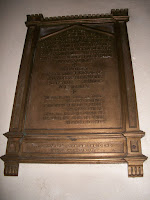 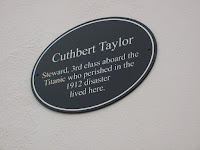 A less remembered one lies at St Mary’s Church close to the football stadium. In here a  brass plaque is once again dedicated to the band and the links with the Titanic. Even less frequently visited is the table in St Josephs Church on Bugle Street, just opposite the Tudor House Museum. This table was donated to the church and dedicated to the restaurant staff of Titanic (below) and it is very rare that this church is open to the public.

Around the town there has been a recent surge in plaques on the houses where Titanic crew lived. This one (above) on Oxford Street commemorates steward Cuthbert Taylor, and there are plans for HUNDREDS more over the next few years. 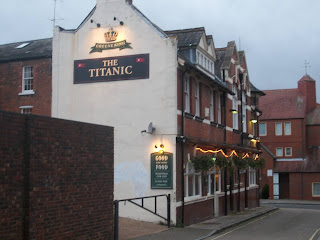 But its not just memorials that you can visit here that have connections with the world’s most famous ship. A pub a short distance further up from St Josephs Church called The Titanic is full of memorabilia as is the nearby gift shop known as Oceans. Selling a host of tourist souvenirs and liner/Titanic items this is one place for any enthusiast to head to. 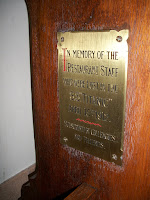 If you want to head a little further out of the way you will find Cobwebs on Northam Road (near the St Marys memorial) which is dedicated to ocean liners and things that you wouldn’t normally find in your average antique shop. Both Oceans and Cobwebs are worth a visit but do take plenty of cash with you….buying items from these shops can be quite addictive for any serious collector! 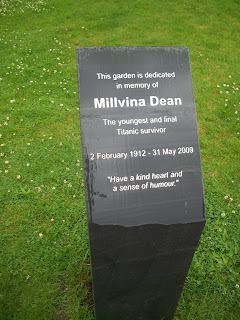 Finally it wouldn’t be right to finish this blog entry without mentioning the SeaCity Museum behind the City Hall (which itself has a plaque inside shown below to the lost postal workers). Telling the story of the city from it’s very early years (very top of the page is photo of the Titanic exhibition area), this museum has a giant builders model of the Queen Mary, a dedicated Titanic exhibition and a memorial just outside the entrance to the final survivor Millvina Dean who died in 2009.

These places are very much worth a visit and it’s incredible just how much there is to see in between if you are a lover of history and ships. Other plaques and monuments to Jane Austen, The Mayflower, wreck of the Stella and the Second World War give this city the badge of being the Mecca to any shipping enthusiast and still remains so today. 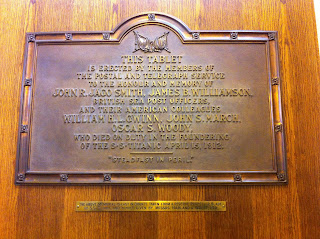 With the worlds largest cruise ships visiting here several times a week you will not have to wait long for names such as Independence of the Seas, Queen Victoria or Queen Mary 2 (below) to make an appearance. It is good to see that despite the huge loss of such a headline-making liner, the city recovered and has continued to go from strength to strength. 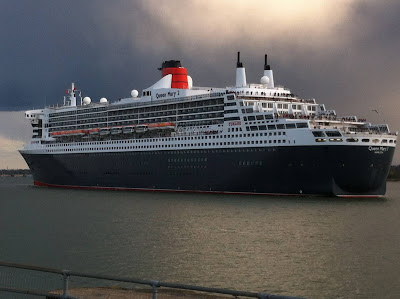 Posted by Disasters and Shipwrecks at 5:57 PM