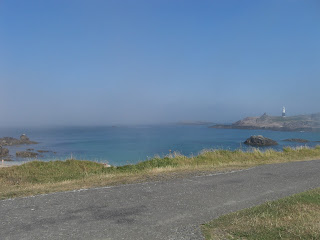 The Channel Islands off the Northern coast of France have always been a potential magnet for shipwrecks. The modern years have seen less and less, perhaps a trawler in distress or, in 2019, the search for the wreckage of an aircraft that killed footballer Emiliano Sala.

Alderney in particular has an interesting story that revolves around a mystery wreck around half a mile from land and around 30M down. Discovered by accident in 1977 after a local fisherman snagged something in his gear, the wreck has been dived and explored by archaeologists ever since. The recovery of a treasure trove of artefacts led to experts dating the wreck to November 1592 making this the only Elizabethan wreck to be excavated in UK waters. 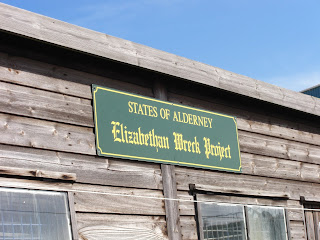 Some of the items located include a clay pipe, fragments of pottery, timbers, lead weights and best of all her cannon. Three of these cannon have so far been recovered and before long a trust was set up to help preserve the finds, excavate the wreck and spread the knowledge of what is being discovered. TV crews filmed the excavations and before long the newspapers followed the story. 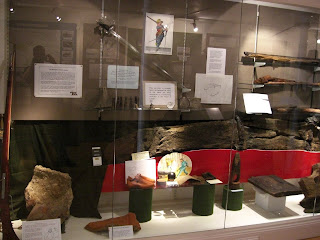 Since the salvage began over 1000 items have been recovered and preserved, most of which go straight into the local museum, others may take time to properly care for before they are on display.


Despite the amount of effort the Trust has taken to give this ship a voice, they are no closer to finding out her name. There is a mention of the sinking in States Papers and that gives it the approximate date of the sinking. 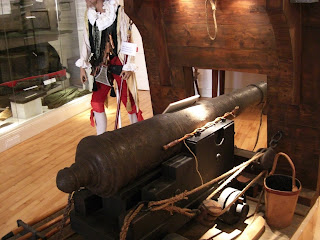 It looks like the divers, archaeologists, experts and researchers have a lot more work to do. Thankfully their passion for this wreck and their drive for bringing it back to the surface will continue to make sure that the world will know about this wreck for many years to come.

In 2009 I had the privilege of being able to visit this beautiful island and with previous knowledge of the wreck was excited to see some of the artefacts on display after the staff allowed me in after closing time for a quick look around and for that I am very grateful. I couldn't think of a community that deserved a marvellous piece of history more than Alderney.
Posted by Disasters and Shipwrecks at 7:11 PM