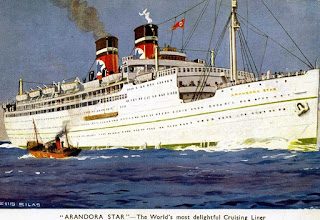 The Blue Star Liner Arandora Star is not one that springs to mind when you discuss wartime sinkings. The ship itself was around 15,000 tons with a length of 512 ft, her job was to make the crossings between Britain and South America with her sister ships.

When the Second World War broke out in September 1939 she was considered unsuitable to be converted to an armed merchant cruiser but she was given convoy duties transporting personnel and was put to use pretty much straight away in the evacuation of troops in Norway in June 1940. 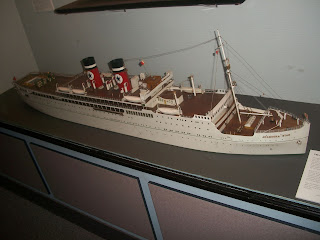 On one occasion she was evacuating troops from St Nazaire when on the same day the Cunard liner Lancastria was sunk with thousands killed.

But Arandora Star would not survive for long. It was in the early morning of 2 July 1940 that she was located by Captain Gunther Prien on the German submarine U-47 and fired a single torpedo. Prien had already gained notoriety the previous October when he made a daring mission through the anti-submarine nets and guards at Scapa Flow and sank the battleship HMS Royal Oak.

The liner was hit and immediately started flooding, knocking out all her engines, the radio operators managing to transmit a distress signal while lifeboats were launched. At 0720 she rolled over and sank around 75 miles North West of Ireland.

The shocking part of this disaster is that of the 800+ people who died on this shipwreck, over half were Italian internees destined for Canada. 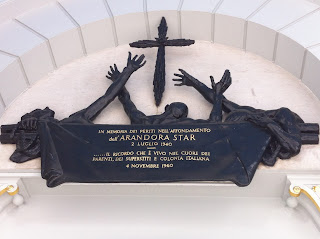 Although there is no discovery of the wreck to write about (yet!) there are several memorials dotted around and I had the privilege of visiting several of them over the years.

A model of the ship (above) is on display at the Merseyside Maritime Museum in Liverpool, the port where she sailed from on her final voyage with over 1500 people on board. 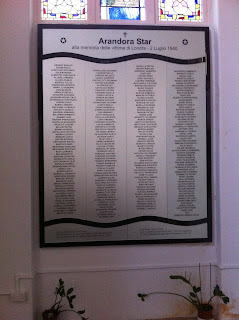 These two (above and right) is at St Peters Italian Church in Clerkenwell, London, two monuments highlight this disaster with a long list of names. This memorial was installed in 1960.

The bodies of the victims were washing ashore for months after the sinking, some were unidentifiable but others remained trapped on the wreck when she sank.

A chapel was built in Bardi, Italy, home of dozens of the victims and a street was renamed to honour the ship. 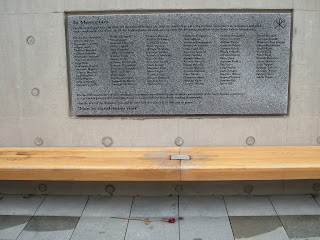 A visit to Glasgow's St Andrews Church (below) reveals another Arandora Star memorial plaque in the churchyard, unveiled on the 70th anniversary. A few miles away at the Western Necropolis a grave bears the name of one of the victims. 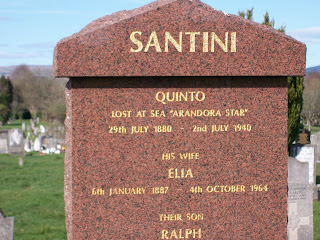 A friend of mine, John Patrick Leonard, recently took a trip to Liverpool and sent me this memorial plaque, one that I didn't even know existed until now. It just goes to show that even if you are not aware of such an event taking place, the memorial plaques will tell the stories long after the last survivor or relative has gone. It is these monuments that keep their memories alive and hopefully one day inspire somebody to hunt for the wreck and tell this story in full. Until then we can continue to remember and continue to commemorate. 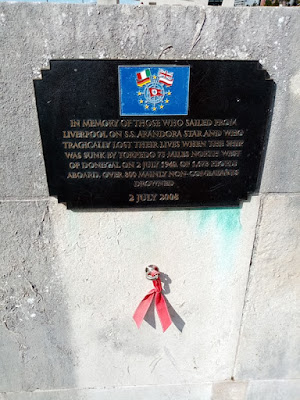 Posted by Disasters and Shipwrecks at 3:09 PM