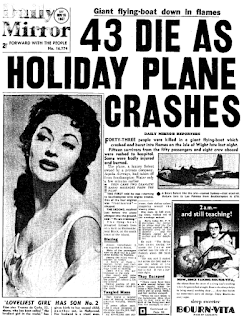 In the middle of nowhere on the Isle of Wight lies a tiny area called Brook, a place where farmland rules the eyesight for miles and the winding roads only get thinner and steeper. In August 2018 I was led here by my research to the side of a chalk cliff on the edge of one of these such roads. For it was here that a flying boat owned by Aquila Airways crashed and killed 45 of the 58 people on board. The official cause of this was engine failure. 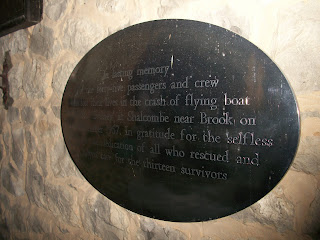 The Church of St Mary the Virgin was my first visit in this area, it is here that a plaque was placed close to the entrance paying tribute to those who died. A very quiet church with barely a soul around for miles, this church is worth the visit if you can get up the steep hill of stairs. There are several memorials in here to the countless shipwrecks and rescues that have taken place on the island in the last hundred or so years. A visitor book had an entry made by a relative of one of those who died in the crash, this must be a pilgrimage for most of the families every so often. 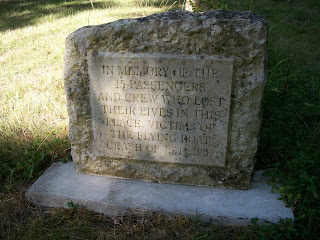 Less than a mile north of this church is the crash site itself, recognisable through my research into the location of the disaster.
This time there were a few people at the crash site, most likely living there judging by the caravan and farm equipment/horse boxes nearby. A woman there pointed me in the direction of another plaque which marked the site, the photographs of the crash very different to how it looked now with the trees and vegetation having taken 61 years more to grow.
The scar on the landscape is still visible in the photograph below. A part of the island that will be forever tainted with tragedy. Standing here in the silence I pondered at just how many people knew this was here and if the families came here often. With the passing of time it is inevitable that less and less people would make that journey through the long country roads where there are few places to pull over. 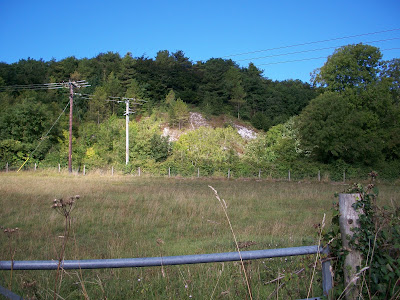 Despite the location being one of a major disaster, it was nice to pay tribute to those who died and fitting to see that not one but two memorials make sure that this disaster is not forgotten.

Posted by Disasters and Shipwrecks at 7:55 PM