Sinking of the Munchen 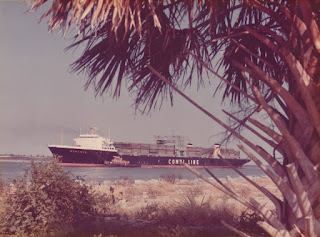 The cargo carrier Munchen was launched in 1972 and was 857ft long which made her one of the biggest cargo ships in the world, plying her trade between Europe and America.

It was on one of these journeys in December 1978 that Munchen found herself in trouble. In the early hours of 12th December a distress call was heard from her which alerted a French radio station that she was in peril somewhere mid-Atlantic. Other ships picked up broken messages which may have come from her, but a rescue operation was immediately launch. It would be all in vain. 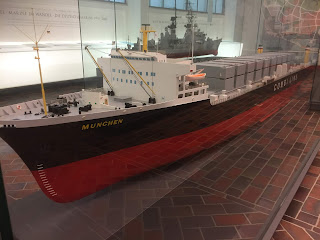 That was the last anybody ever heard of her. Her 28 crew and full load of cargo were lost at sea without a trace.
It was known that the ship was sailing into a storm but this wasn't abnormal especially for a ship the size of Munchen. Over the next ten days a huge search was underway which located her EPIRB (emergency beacon), several lifeboats, rafts and various other lifesaving equipment.

Investigations were carried out which led to the conclusion that she had been struck by rogue waves which knocked out her radio equipment and sank her slowly, but there was nothing ever conclusively given as the cause, it was all just theory and speculation. 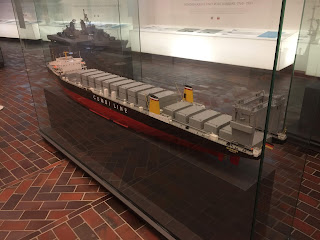 Her wreck has never been found.

A large model of the Munchen today sits in the Laboe naval memorial in Kiel, Germany. The sinking has featured in several documentaries also suggesting it was a rogue wave. Until the remains are found we will never know for sure.

Posted by Disasters and Shipwrecks at 8:03 AM