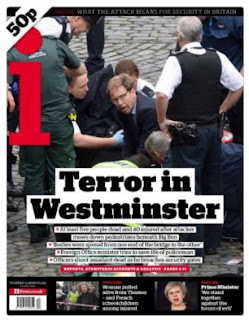 On 22nd March 2017 the wave of terrorist attacks that had shook the world came suddenly and cruelly to Westminster Bridge. A man hell-bent on a radical form of religion drove his car across the pavement mowing down pedestrians, tossing them into the air like rag dolls.

At the Houses of Parliament underneath the famous clock tower he crashed his car into the fence and continued on foot where he launched a knife attack on the police guarding the gates. One officer on duty, PC Keith Palmer, was fatally stabbed before the terrorist was shot dead by armed police.

Shocked bystanders ran in every direction until it was obvious the attack was over and it was safe to attempt to help in any way they could. 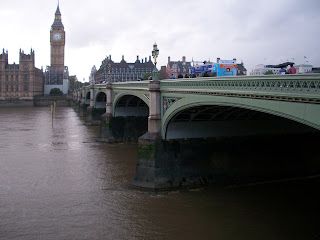 Emergency services immediately swung into action and the press were quick to cover the event. Ordinary people stopped what they were doing and ran to help. Traffic ground to a halt as the drivers raced to administer first aid to people laying bleeding on the path and roadside. Thanks to these unsung heroes, a lost more people could have died that day but didn't.
Although despite these efforts, with the attack lasting just 86 seconds, it left five people dead with dozens more injured. Ordinary people such as workers, tourists, MP's and police all caught up in this despicable act. 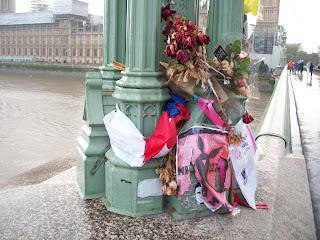 The ironic thing about such an attack is that these acts are supposed to divide those who they regard as the enemy, but the truth is that it does completely the opposite. Although there is the inevitable deaths and injuries, the actual act of hatred brings people together in what was known almost 80 years ago as the "Blitz Spirit" as strangers give each other the helping hand they need. Friendships are forged and stories of heroism mean that some of these individuals are honoured with medals, plaques and commendations. As with the previous terror attacks around the world, the killers never win.

If this man's mission was to cause hatred with his murderous rampage then it failed miserably, as all terrorist attacks do. Even the killer was treated by the emergency teams that he so desperately wanted to kill. That is the difference between people like them and people like him. 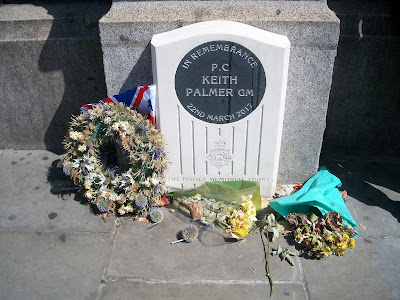 Today at the gates to Westminster a memorial plaque for PC Palmer stands proud, unveiled in 2019. Flowers are laid there regularly in memory of a man who tried to thwart this terrible of acts. He will forever be remembered as the hero of the Westminster attack, over time his killer's name will be forgotten.


Posted by Disasters and Shipwrecks at 3:46 PM