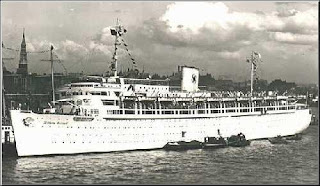 It would surprise many people to know that the worlds worst sea disaster (by death toll) is almost not heard of unless you are a ship enthusiast or familiar with World War II history. The name Wilhelm Gustloff was one that was said to promise a new era of relaxation for the people of Nazi Germany in the holiday programmes known as "Strength Through Joy" which saw holiday complexes built and ocean liners commissioned specifically for the entertainment of it's people. Great idea....in theory. 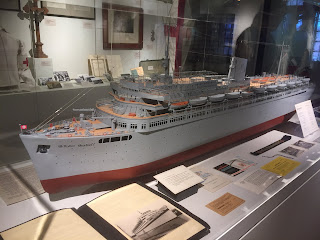 But what actually happened was the liners were built as planned but were soon used as refugee ships and in some cases concentration camps. What started as a pleasure cruise on paper ended in reality ships which offered only horror and doom.


But by January 1945 the war had only a few months left and this left a lot of people displaced from their homes on both sides. The 684ft long liner Wilhelm Gustloff was alongside in Gdansk being crammed full of people needing to escape, the longer they stayed the slimmer their chance was that they would all survive. With over 10,000 people on board the ship sailed just after midday on 30th January, destination Kiel.

She would not survive the short journey across the cold Baltic Sea. 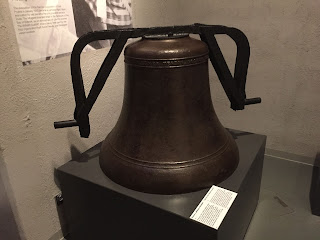 By 9 pm that same day the Soviet submarine S-13 located her and got into position for an attack. She fired three torpedoes into her side and she sank in less than an hour. The death toll was shocking - nobody knows for sure exact figures but it is said that over 9000 died. No other shipwreck has even come close to being as bad.

Today the wreck is still intact laying on her side on the seabed. Divers have taken items from her over the years but today there is a ban on any diving near the wreck and she is officially classed as  a war grave.

Her bell, recovered from the wreck, is shown here in December 2018 in  the Museum of the Second World War, Gdansk, Poland. 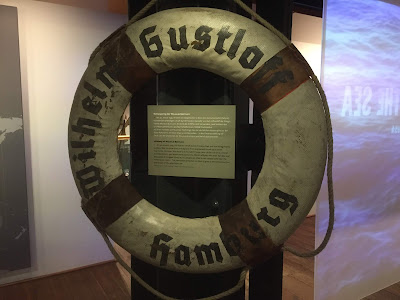 Items in the Maritime Museum, Hamburg include her lifebuoy (above) and deckchairs (below). With the war service it is so easy to forget that this was originally supposed to be a pleasure/cruise ship. 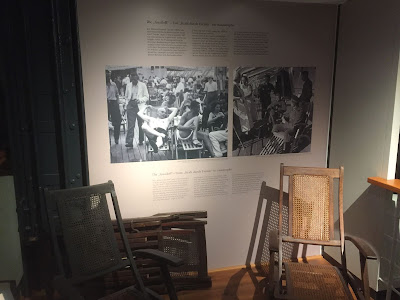 Posted by Disasters and Shipwrecks at 2:53 PM