Sinking of the Heraklion 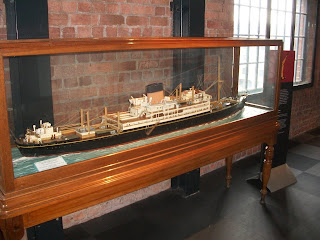 Few disasters could ever conjure up the horror of death as that of being trapped within a sinking ship, and for the 1960s a shipwreck such as this was far from anybody's' mind as the passengers and crew plied the Aegean Sea on the the roll-on-roll-off ferry Heraklion.

Built in 1949 as the SS Leicestershire she plied for many years on a route from the UK to the Far East before being sold in 1964 to Greek owners and refitted out as a ferry for the routes that took her around Piraeus to Crete.

On 7th December 1966 she sailed from Souda Bay in Crete in the middle of a storm that some say should have been avoided. However, she ploughed on with her journey following a delay while they waited for a refrigerator truck to be embarked. 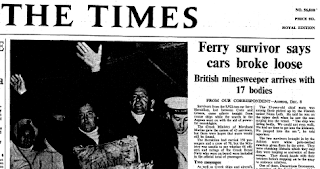 In the early hours of the following morning that same truck broke loose and smashed the midships loading doors open and plunged into the sea, it was later found floating by a passing ship. Water flooded onto the car deck and within minutes the ship was doomed.

Heraklion transmitted an SOS just after 0200 and although several ships raced to the scene, the closest one failed to received the message.

A huge rescue operation was mounted by ships of the Royal Navy and US Navy as well as the Hellenic Coast Guard but all that was found was a measly bunch of survivors in the water. 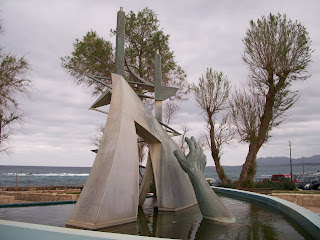 Only 46 people were rescued, leaving 217 dead, although this figure has always been disputed due to people being allowed on board without a ticket which at the time was common practice.

The investigations later revealed that the crew had been negligent during the evacuation and that documents were faked which led to two members of the company that owned the ship going to jail on manslaughter charges.

Today in the town of Chania there is a memorial to the victims of the disaster called The Monument of the Hand which was erected in 1990. 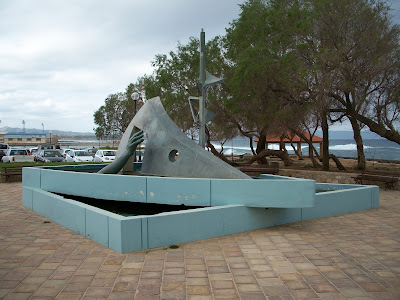 Posted by Disasters and Shipwrecks at 9:59 AM