The Bronze Age Wreck at Dover 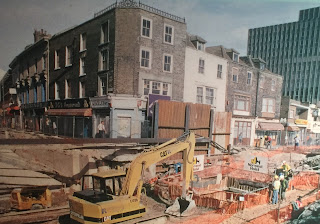 When you think of a shipwreck you always think of some kind of vessel stranded out at sea, on rocks or sat neatly on the seabed. But what if you found out that there are an increasing number of ships found in the middle of the streets of the towns that we are living in?

On 28th September 1992 road workers made an incredible discovery in the middle of the town while construction of the A20 link between Dover and Folkstone. Wooden pieces joined together forming the outline of a boat was identified by the
archaeological teams working with the construction crew and they soon found that this was an extremely significant discovery. 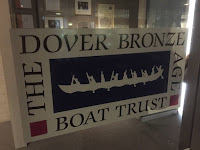 They dated the boat to around 1500 BC making the hull of the vessel 3500 years old. Construction in that area had to cease while excavations took place and the pieces were gently removed from the site.

For almost a month they carefully dug around the vessel and found that the best way to bring her out of the ground was to cut the boat into pieces and unfortunately had to leave a section permanently buried due to proximity of the building nearby. 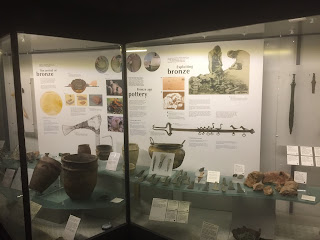 The vessel was successfully removed from the street and taken away for her timbers to be properly treated with help from the Mary Rose Trust. Using the same chemicals as that which preserved their wreck, Polyethylene Glycol would replace the water within in the timber and strengthen the wood making it tough enough to be able to sit in her cradle on display.

The Dover Bronze Age Boat Trust was set up to raise money to help with the costs of preserving the wreck and to house it in it's own permanent exhibition which it has successfully done when it eventually moved into it's current home at the Dover Museum in the town centre. 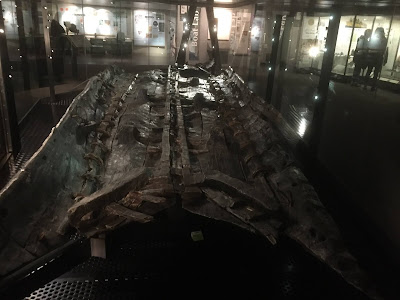 Displayed in a huge glass case, the 9 meter long Bronze Age boat is now in full view of the top floor for all visitors to admire, surrounded by various artifacts and stands from other Bronze Age sites around the area including another shipwreck underwater outside the harbour.

I visited this museum in 2018 and was fascinated by the story of how they found this wreck and to be able to see it today in all its glory after over 3000 years is nothing more than breathtaking.


Posted by Disasters and Shipwrecks at 12:45 AM