Yamato - The Loss of Japans Most Powerful Warship 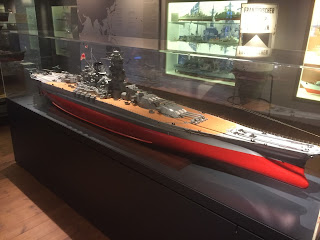 75 years ago the largest and most powerful battleship in the world was lost in the Pacific in what was described as a suicide mission which cost the lives of over 3000 crew members.

She had started out as a top secret project by the Imperial Japanese Navy when they designed two sister ships Yamato and Musashi. Built in Hiroshima, she was launched at the Kure shipyard in 1940 and her fitting out saw an incredible amount of fire power installed on her. At 862 feet long she was 70,000 tons when fully loaded and was in impressive sight for anybody who was sent to serve on her.

Sent for trials in 1941 she was commissioned just days after the attack on Pearl Harbour and spent the next two years on patrols and escort duties until she was hit by a torpedo in December 1943 leading to her putting into dock for repairs.

The Battle of Leyte Gulf on 22-24 October 1944 saw her first real action where she received action damage from aircraft bombings which killed 21 of her crew, but the real damage was her sister ship Musashi which was bombarded and eventually sank with over 1000 of her crew lost with her. 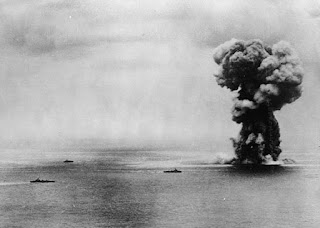 With the Allied invasion of Okinawa the Japanese were fast losing their grip on control of the Pacific and Yamato was sent to fight the American fleet on 7th April 1945, what they didn't know was that their messages had already been decoded and Yamato's position was already known.

Hundreds of aircraft were sent to intercept the incoming fleet and when they did it was a devastating raid on the helpless warships. Bomb after bomb scored a direct hit until eventually the ship became crippled and the order was given to abandon ship. Suddenly the magazines, which had been sounding a warning of high temperature, exploded with a huge shock wave, ripping the ship up. 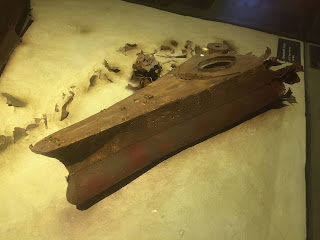 In less than two hours of battle she was gone, just a few hundred survivors in the water were all that was left of Japans most powerful battleship.

In the early 1980s several expeditions were launched to search for the wreck of Yamato and in 1984 it was positively identified on the seabed in two large pieces. The bow and stern sections are resting together but facing each other almost, the stern completely upside down. 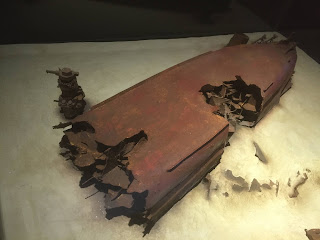 Several missions to the wreck have brought back incredible footage of the famous sun crest on the bow as well as her open gun turrets. With the renewed interest in this lost battleship the Kure Maritime Museum opened in 2005 with a huge model of the Yamato in the main hall. Nicknamed the Yamato Museum, her life story is
told on the exact spot where the ship was fitted out.

Today the ship is commemorated on several memorials and her story is told in museums around the world.


Posted by Disasters and Shipwrecks at 4:27 PM